5 Facts You Probably Didn’t Know About Your Small Intestines 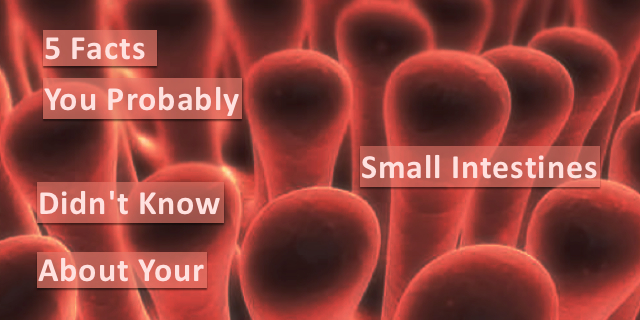 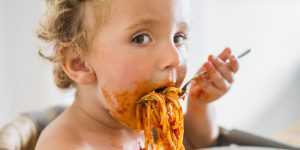 Digestion starts in your mouth.
Teeth, tongue and salivary glands are instrumental in the first step in digestion: tearing food into smaller pieces and providing moisture to move those pieces down the esophagus.

But what happens next?  Let’s find out.

Think about it.  Every day you put foreign matter in your mouth.  That foreign matter has viruses, bacteria and other potentially dangerous substances in it.  Yet, most of us do not get sick after eating.  Why?

Our digestive tract is an amazing system built around keeping us safe and healthy.  Along the path that food takes are specialized cells that secrete mucus and enzymes, absorb nutrients and protect us.  Cells of the immune system are actively engaged in taking out dangerous cells.  Acids are used to kill bacteria. Since the environment of the digestive tract is a harsh one (with all that foreign material entering every day), these cells are replaced at a rapid rate, making them susceptible to the chemotherapy that kills fast growing cancer cells.

From your mouth, food moves down the esophagus and into your stomach.  Even though you may be eating in the sequence of appetizer, salad, dinner and dessert, your food is not digested in that order.  The amount of time your food stays in each part of your digestive tract is different for each type of food you eat. This makes it difficult to estimate the amount of time it takes for dinner to be completely digested. However, there are general estimations available.

Stomach [estimated time: 4 to 5 hours to empty your stomach] 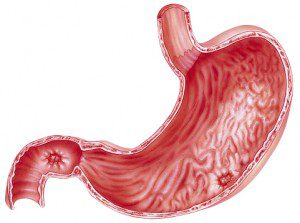 Your stomach is a muscular bag whose primary function is food storage.  It secretes hydrochloric acid, mucus and digestive enzymes which sanitize food, breaks it down and churns it into chyme. Gastric folds in the stomach help move the food along the digestive tract. 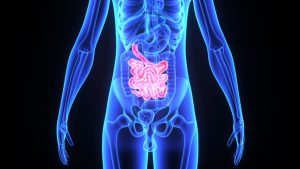 The jejunum is the middle section of the small intestines. Its interior surface is covered with tiny projections called villi (like the ones pictured in our feature image).  These villi provide extra surface area for absorption of nutrients.  By the time all the chyme passes through this part of the small intestines, 90% of the nutrients have been absorbed.  Now that’s efficient! 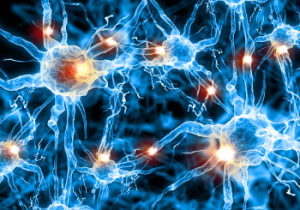 Your enteric nervous system or second brain is made up of the over 100 million nerve cells that monitor your digestive system from esophagus to anus. It is said to have more neurons than are in the spinal column.   Although this second brain can act on its own controlling the gut independently, it is actually in constant communication with our big brain.

The remains of your dinner enter your colon.  In the colon, the water, nutrients and vitamins are absorbed from the remainder of your dinner.  Vitamins K, B1, B2 and B12 are vitamins that bacteria in the colon produce through fermentation in the colon.

After the colon does its job, what remains leaves your body in the form of feces.  Meanwhile, your dinner has been carried by blood, feeding the cells throughout your body.  An amazing system!