What Do You Think? Medivizor's Clinical Trials Perception Survey Results
SIGN IN

What Do You Think? Medivizor’s Clinical Trials Perception Survey Results 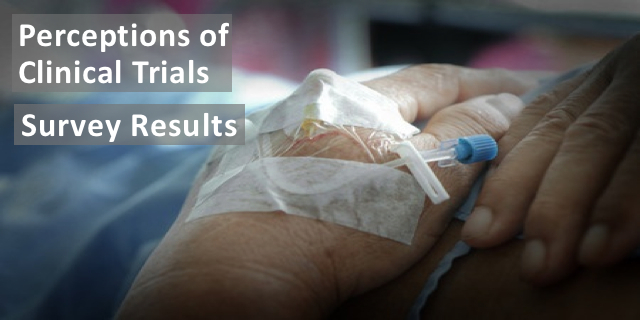 In June, we published a post  called What Do You Think About Clinical Trials?  The post included the results of several surveys about perceptions of clinical trials including the results of  a study conducted by MaPS/Millward Brown Analytic and Memorial Sloan Kettering (MSKCC).

In our post we embedded our own short survey for our readers to complete.  The questions were modeled after those described in the MSKCC press release.  Sixty-seven of you answered it. Although the results are not statistically significant, they are, none the less,  interesting and informative. 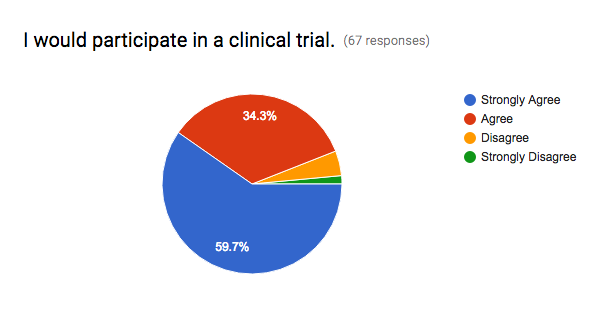 For this question, “I am concerned about clinical trials because…”

Like the respondents to the MSKCC survey, our surveyed readers  were concerned about side effects and safety.  Fifty-five percent of MSKCC respondents had these worries.  Likewise 31.3% of our readers marked that “I worry about side effects” and 28.4 %  indicated worry over safety.  Those answering MSKCC’s survey had greater concerns about insurance and out-of-pocket costs (50 percent) compared to 14.9% of Medivizor’s readers.   Travel was not as great an issue for our readers: 14.9% marked it as a concern, while 48% of those answering MSKCC’s survey worried about this obstacle.

Our audience was more afraid of getting a placebo (34%) than of any of the other barrier in the list, though our numbers were lower than MSKCC respondents (46%).   According to the National Cancer Institute, in cancer clinical trials, the “placebo” is actually the standard treatment for the cancer plus a placebo.  Placebos are only used if there is no standard treatment available.  If a study has a placebo, the researchers are required to tell you before you join the clinical trial.

Those who answered other responded to the open ended opportunity.  They stated: 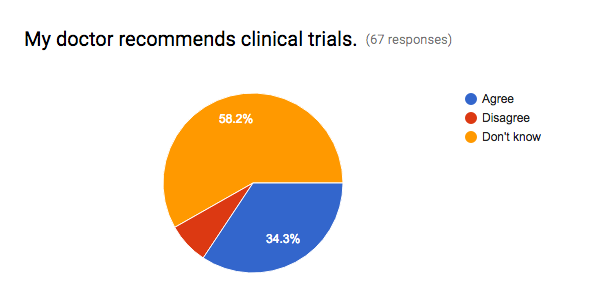 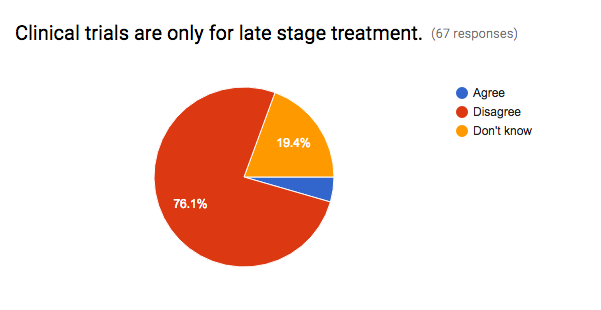 Our readers are more informed than the physicians surveyed by the MSKCC survey. MSKCC survey found that 56% of the 600 physicians they polled thought of clinical trials as part of late stage treatment while our readers overwhelmingly disagreed with this statement. 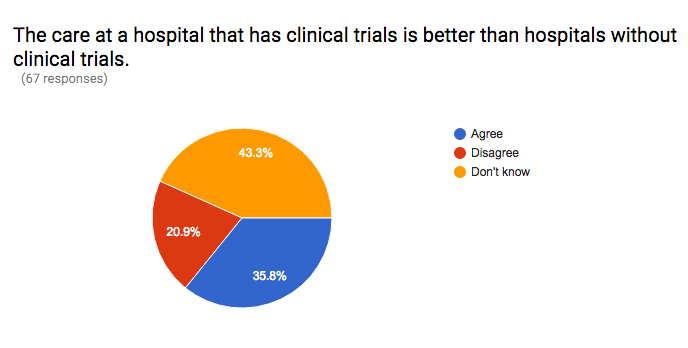 Thank you to all of our readers but especially to those who were willing to take the time to complete our survey.  For people with chronic conditions, clinical trials are an option that may be underutilized due to lack of information, continuing myths and adequate support for those involved.  To learn more about clinical trials, please go to the post What Do You Think About Clinical Trials?  There you will find an explanation of the phases of clinical trials and may learn more about other treatment options.  If you have any questions, please comment below.