Zinc and Immunity: Just Don't It Take With Citric Acid - Medivizor
SIGN IN

Zinc and Immunity: Just Don’t It Take With Citric Acid 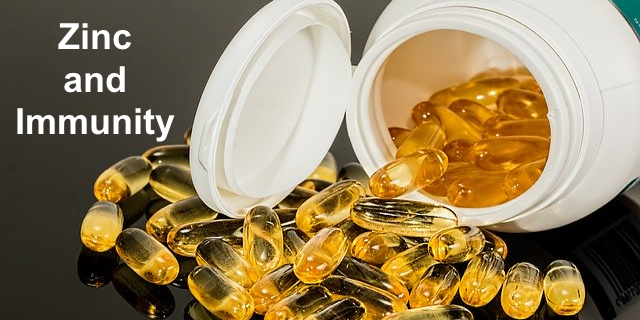 You’ve probably seen the cold remedies and supplements that contain zinc and their promises of increased immunity against colds. Have you wondered if the marketing is true?

Do Humans Need Zinc in Our Diet?

In 1961, Dr. Anada Prasad and some colleagues wrote a case study for the American Journal of Medicine. Prasad had travelled to Iran for a research fellowship and during his stay documented a “syndrome” occurring in men in a poor village who were extremely malnourished. They had stunted growth (dwarfism), enlarged livers and spleens, sexual organ underdevelopment and often did not live beyond the age of 25 because of recurring infections. One feature of their diet was eating wheat bread, no meat and the consumption of clay.

The men were found to have elevated alkaline phosphatase in their blood and they were anemic even though their diet contained sufficient iron. Dr. Prasad treated them with iron supplements and their livers and spleens reduced in size. When provided with a nutritious diet, the men grew and their sexual organs developed.1

Other cases of this type of dwarfism were found in other villages in Iran. What puzzled Dr. Prasad was that iron deficiency could not answer all the features of this dwarfism. He started searching for answers. Research in animals indicated that low levels of zinc might be part of the problem. Research done in Egypt by Dr. Prasad and a team from Vanderbilt University on young men with this type of dwarfism confirmed zinc deficiency. 2

This landmark research identified the importance of zinc in the human diet. It took until 1974, for the the National Research Council of the National Academy of Sciences to state that zinc is an essential element and to recommend a daily dietary allowance. After Dr. Prasad’s research zinc has been found to be involved in cellular growth and differentiation, neurological development, and immune function. 3

Now called a micronutrient deficiency, malnutrition caused by lack of iron, zinc, copper and others afflicts more than half the world’s population. Unrefined cereals and legumes which are a major source of nutrition for large numbers of people and phytic acid, found in these foods, is implicated. Phytic acid binds with micronutrients like zinc. Since humans do not have the enzyme phytase, an enzyme that breaks down phytic acid, in their digestive tract, phytic acid interferes with the absorption of zinc. In the word of food research, efforts to improve cereals and legumes through genetic manipulation as well as a variety of pre-treatments including with phytase enzymes, have been used to decrease phytic acids and reduce their impact on human nutrition. 4

Zinc and the Common Cold

In the area of immunity, specifically for colds, Dr. Prasad with Dr. James Fitzgerald conducted double blind experiments comparing people who had a cold and took zinc to those who had received a placebo. They found that those taking zinc reduced the length of their colds by two to three days. 5 A recent meta-analysis of research indicated a 33% reduction in common cold duration. However, the amounts of zinc and the frequency of taking the zinc has not been clearly defined. Also, one of the problems with zinc lozenges is that some contain substances that bind with zinc – like citric acid.6

For colds, it might be best to consult your physician as to whether or not to take zinc lozenges. In a commentary from July 2017, a couple of months after publication of the meta-analysis above, Mayo Clinic wrote:

Zinc — especially in lozenge form — also has side effects, including nausea or a bad taste in the mouth. Many people who used zinc nasal sprays suffered a permanent loss of smell. For this reason, Mayo Clinic doctors caution against using such sprays.

In addition, large amounts of zinc are toxic and can cause copper deficiency, anemia and damage to the nervous system.

For now, the safest course is to talk to your doctor before considering the use of zinc to prevent or reduce the length of colds.7

7Bauer, B. (2017). Will taking zinc for colds make my colds go away faster? Mayo Clinic https://www.mayoclinic.org/diseases-conditions/common-cold/expert-answers/zinc-for-colds/faq-20057769

Image by Steve Buissinne from Pixabay