Kidney Stones and the Risk of Heart Attack and Stroke 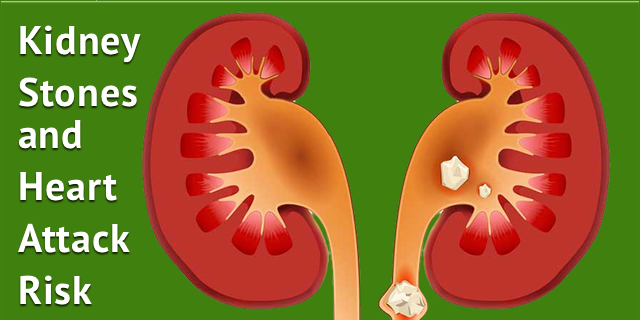 Although I’m not sure I completely agree, I do know that pain from kidney stone, called renal colic, can 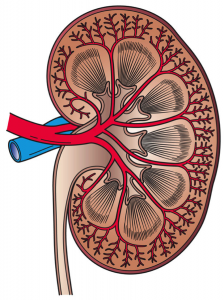 be excruciating. Over half a million people in the US arrive at the emergency department each year with renal colic from kidney stones and about 9% of the population will experience a kidney stone in their lifetime.

In 6 Facts You Probably Didn’t Know About Your Kidneys, I described how the kidneys function in our body as filters.  Around 200 quarts of blood are filtered by the kidneys every day, removing wastes and extra fluids. Calcium, oxalates and phosphorous are part of the waste that is removed. When these compounds become concentrated in the urine, kidney stones can form.

Calcium oxalate are the most common types of stones formed in the kidneys.

Struvite stones are caused by infections in the kidneys. These are made up of magnesium and ammonia.

Uric acid stones are related to weight and diet, but may also run in families. Purines, found in high concentrations in shellfish, like shrimp or in “organ meats” like liver or brain, are the culprits. As purines are metabolized, they form high amounts of urates. Concentrated uric acid in the kidneys can form uric acid stones and is also associated with gout.

Cystine stones are composed of the protein cystine and are associated with the rare disorder cystinuria.

There are some specific genetic conditions that have been identified that cause kidney stones. Some families have a condition called hypercalciuria: a disorder in which their urine contains high levels of calcium.

In 5 Things You Probably Didn’t Know About Your Parathyroid Glands, I described the function of the parathyroid glands. Hyperparathyroidism is a condition in which your parathyroid glands release too much hormone, causing excessive calcium in the blood, and therefore also in the urine. 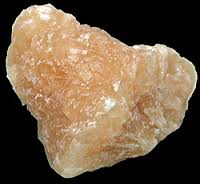 Cystinuria is a rare disease that is inherited. People with this condition develop stones made up of the amino acid cystine which builds up in the kidneys.

Renal Tubular Acidosis can be either inherited or it can be the result of conditions that affect many organ systems of the body, like lupus. This disorder results in blood that is too acidic. Some people think that Dickens’ Tiny Tim character had this disorder.

Hyperoxaluria affects around 58,000 people worldwide and is caused by genetic mutations. As the name suggests, oxalate content in the urine is high.

Polycystic kidney disease (PKD) is a genetic disorder affecting around 600,000 people in the US. Liquid-filled cysts develop in the kidneys, replacing normal kidney tissue and affecting their functions. People with this condition begin to have symptoms in their 30s and 40s of frequent kidney and bladder infections, kidney stones, high blood pressure, back pain and an increase in the size of the abdomen. There is no cure for PKD and about half of people with PKD develop kidney failure by the age of 60.

Some medications can increase the risk of kidney stones. Examples include diuretics, calcium based antacids and topiramate, an anti-seizure medication that is also used to prevent migraines.

A body mass index greater that 30 kg/m2 is associated with increased risk of being diagnosed with a kidney stone. Losing weight can help prevent kidney stones.

Intake of sodium:  Sodium in salt can increase the amount of calcium that is excreted by the kidneys. People in the US take in about 3,400 mg of sodium per day. The new American Urological Association guidelines on the medical management of kidney stones recommends that people who are susceptible to kidney stones reduce their sodium intake to 1500 mg per day.

Certain foods: The new American Urological Association guidelines on the medical management of kidney stones recommends eating foods rich in citrate, like lemons and limes – this means getting four 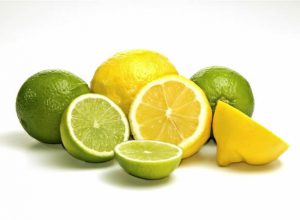 The new guidelines say to eat three to four servings of calcium everyday as well.

There is some debate as to changes in diet. Based on the type of kidney stone, you produce, your urologist will recommend a diet that matches the type of stone you create.

Fluid Intake: Although six to eight 8-ounce glasses are recommended for the normal individual, the new American Urological Association guidelines on the medical management of kidney stones recommends drinking  ten 10-ounce glasses per day of any liquid except for dark colas for people who are risk or have had kidney stones.

Exercise: People who have had or are at risk of kidney stone formation should exercise regularly.

Signing up for Medivizor

It has been a long time since my kidney stone but after my experience with renal colic, I’m not taking any chances. I signed up for Medivizor to get updates on what is new around. It was easy. I didn’t have many details to complete the forms but that was okay. I still received great information.

First I got a personalized refresher about kidney stones which I found incredibly helpful. Then there were

studies in my Personal Space that I could read.

It looks like taking care of my kidneys and doing my best to prevent more kidney stones can help me reduce my risk of heart disease and stroke. Sounds like a win to me.