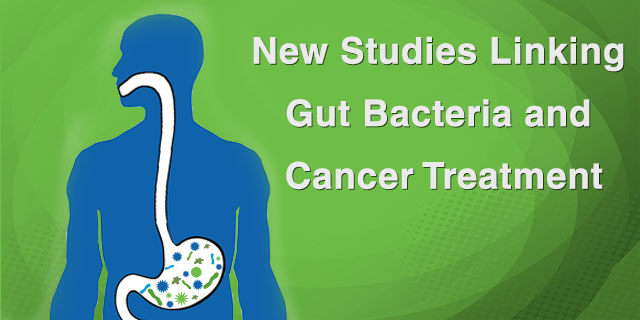 In It’s All In Your Gut, A High Fiber Diet and the Immune System, we introduced the microbiome that lives in our body.  It helps with our digestion and makes the short-chained fatty acids (SCFAs) that are important to our immune system.  Now several recent studies are looking at bacteria in the bodies of people with cancer.   Specifically, these studies have compared the patients’ responsiveness to chemotherapy in light of their microbiomes’ composition (which bacteria and other flora live there).

Immunotherapy empowers the immune system to fight cancer.  In one study, researchers collected fecal samples, oral and gut samples of patients with metastatic melanoma before and after they were treated 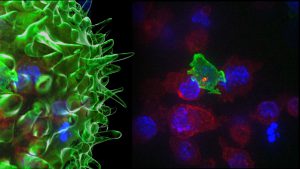 with immunotherapy.  They then compared the genetic sequences of the microbiomes of those patients who responded well to immunotherapy treatment to those who did not.  The microbiomes of responders and non-responders were significantly different in terms of composition and diversity.  People who responded to immunotherapy had more diversity in their gut microbiome and had a greater number of killer-T cells than non responders. In fact, they found that patients who had Faecalibacterium and Clostridiales bacteria in their gut had more killer-T cells.  Killer T-cells are part of the immune system that takes out cancer cells.

The population of bacteria and other microbes living in a person’s digestive tract may very well influence treatment.  Drug-microbiome interactions may also be causing some metastatic colon cancer patients treated with Irinotecan (a first-line chemotherapy used to treat metastatic colon cancer) severe side effects.  In this study, researchers collected fecal samples from 20 healthy people with an inactive version 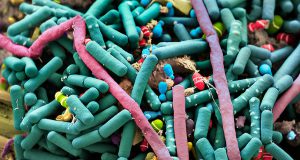 of Irinotecan.  They looked to see if any of the fecal samples reactivated the inactive version of Irinotecan.  Four of the samples activated Irinotecan.  This finding is significant because of the way Irinotecan is metabolized.  If those four individuals were actually treated with Irinotecan, they would be at higher risk of experiencing severe side effects.  The research team is now looking at the bacteria and other microbes living in people with cancer.  With this information, it may be possible to find out prior to treatment who would be at risk for side effects from this chemotherapy and pre-treatment can be more targeted to reduce or eliminate these side effects. 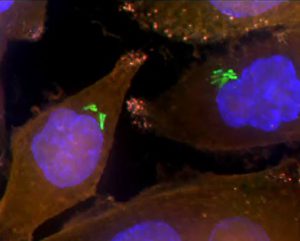 In yet another study, researchers found a bacteria living in the tumors cells of some pancreatic cancer patients.  This bacteria metabolizes Gemcitabine, a chemotherapy used to treat pancreatic cancer.  The
researchers even determined the gene that does this in the bacteria, cytidine deaminase (CDD).  These bacteria have CDD in either long or short form.  Those with the long form are the ones that make metabolize the chemotherapeutic drug, Gemcitabine, making it inactive.  The research team is now exploring to determine if there are bacteria living inside of other types of cancer cells impacting the effectiveness of treatments.

We will provide you updates on further bacteria and cancer treatment studies.  If you are interested in receiving easy-to-understand summaries of medical journal articles, please sign up for Medivizor updates.