5 Facts You Probably Didn’t Know About Your Lungs 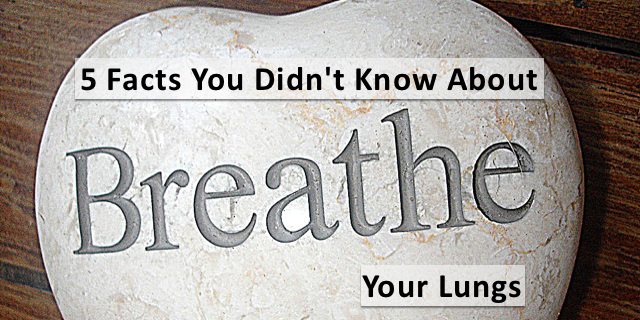 Here are some other facts you probably didn’t know about…

Your windpipe or trachea branches like an upside down Y.  The two arms of the Y are called bronchi (each is called a bronchus).

Like a tree, the bronchi branch off into smaller and smaller tubes.  The smallest are called 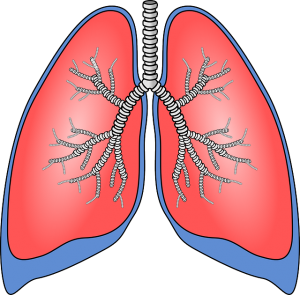 bronchioles.   The walls of bronchioles are about as thick as a strand of hair.  There are around 30,000 bronchioles in each lung.

At the end of each bronchiole are clusters of tiny sacs called alveoli (one is called an alveolus).  There are about 300 million alveoli in each lung.

Tiny capillaries, the diameter of one red blood cell, form a web like structure over the alveoli. Since 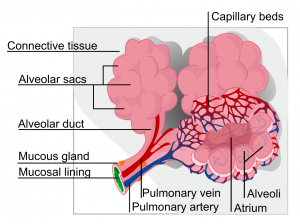 the walls of the alveoli and of the capillaries are each one cell thick, our bloodstream is in close contact with the air.  That contact allows for the exchange of oxygen and carbon dioxide–the primary function of the lungs. 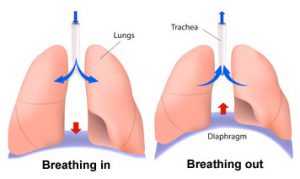 The air coming into your lungs passes through the nose and down the trachea, into the bronchi, bronchioles and filling the alveoli.  Oxygen moves from the alveoli into the capillaries and is taken up by the red blood cells.

At the same time that red blood cells are accepting oxygen from the alveoli, carbon dioxide moves from the blood into the alveoli.

Relaxation of the diaphragm and the external intercostals is part of the process of exhalation.  The diaphragm returns to its concave shape reducing  the size of the chest cavity.   The internal intercostal muscles contract, pulling the ribs closer together adding to the reduction in the size of the chest cavity.  Carbon dioxide, the waste product of respiration is breathed out.

The smooth action of inhaling and exhaling is helped by the pleural membranes, double layered, lubricated slick covers for the lungs.  The inner layer that is next to the lungs is called the viscera pleura, the outer layer is the parietal pleura.

Our lungs take in as much as 5000 gallons of air every 24 hours and with that air comes bacteria, viruses, mold, fungus and pollutants. How do our lungs stay healthy? Throughout the respiratory pathway, pseudostratified epithelium cilia line trachea, bronchi and bronchioles. Along with these cilia are goblet cells which produce mucus. Mucus traps harmful particles and cilia move the mucus away from the lungs to be coughed up. 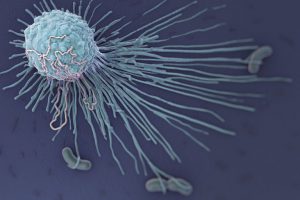 The alveoli have their own line of defense: alveolar macrophages. These are immune system cells that ingest foreign particles and digest bacteria and organisms. Neutrophils (another white blood cell) are also available to fight infections.

Finally, you can live with only one lung and many people do.