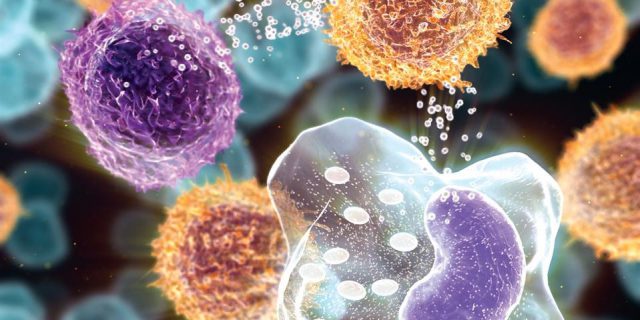 What’s the difference between Chronic Fatigue Syndrome and fatigue?  A huge difference according to an article in the Proceedings of the National Academy of Sciences that focused on a cutting edge research study conducted at Stanford University.  Researchers found that inflammation is the driver of Chronic Fatigue Syndrome or its other name myalgic encephalomyelitis. 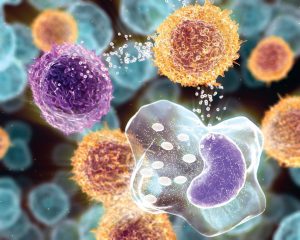 In this research, 17 different cytokines, which are immune system signaling proteins were found in blood samples of people affected by Myalgic Encephalomyelitis/Chronic Fatigue Syndrome or ME/CFS. The sicker the person was (experiencing more symptoms) the higher concentrations of these cytokines in their blood.   The evidence seems to be conclusive that ME/CFS is an inflammatory disease.  (See more about the Immune system and cytokines in 5 Facts You Probably Didn’t Know About Your Blood and Oncology Basics:  The Immune System and Immunotherapy)

For many years, people living with this disease have been dismissed, told to exercise and even told to get therapy because it was “all in your head.”  Symptoms include the debilitating fatigue that persists past 6 months, but also swollen lymph nodes, muscle pain, diarrhea, headaches and “brain fog”or cognitive impairment.  These symptoms can last for decades.  People with ME/CFS have difficulty maintaining their previous levels of time in their work, in educational pursuits and social activities.

Over 1 million people in the US and many millions more worldwide suffer from the inflammatory disease ME/CFS.

Chronic fatigue syndrome is different from regular fatigue, though regular fatigue is a significant problem. Fatigue is caused by lack of sleep and can be remedied with rest (unlike CFS/ME).  According to the National Sleep Foundation, adults need between 7 and 9 hours of sleep each night.  The American Academy of Sleep Medicine and the Sleep Research Society concur saying adults need at least 7 hours of sleep each night.   The National Safety Council has created two infographics.  The first describes the reasons you experience fatigue when you are not sleeping.

According to the National Safety Council

Provided by The National Safety Council