The Gift of Organ Donation: Honoring Donors and Their Families
SIGN IN

The Gift of Organ Donation: Honoring Donors and Their Families 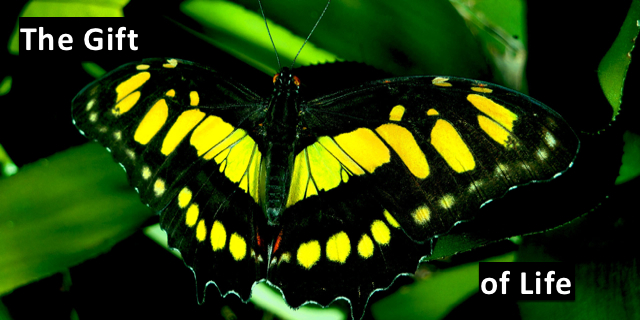 Radiation and chemotherapy saved Stephanie Zimmerman’s life when she had Ewing’s Sarcoma in 1978. But years later, she almost lost her life again to long-term side effects of her treatment.  Her heart died but she lives today because of the gift of organ donation.  Here is the next part of her story.

How did the long term side effects of chemotherapy and radiation therapy manifest for you?

In 12/2007, I was becoming increasingly exhausted and short of breath with very little exertion.  I had two of my heart valves repaired due to aortic insufficiency and mitral regurgitation.   The repairs were a success; however, the dramatic pressure changes resulting from well functioning valves unmasked the fact that my left ventricle had been destroyed by the treatment I received in 1978. Doxorubicin, Daunomycin, and chest radiation were the trifecta that brought about the end of my heart.

By February 2008,  I had visibly deteriorated before my own eyes on a daily basis. I was deemed ineligible for transplant in mid-February by a local institution based on surgical risk alone. Having had my valve repair surgery at the Cleveland Clinic, my husband and I set a goal to undergo transplant evaluation in Cleveland. My heart, however, was not going to make it to my 4/21-4/24 of 2008 evaluation. I was transported by air on 4/19 and the short list of eligibility diagnostics were performed. I was not a good candidate. In fact, my transplant team would have been well within reason to say no to me, us.

How did I convince them to list me? I have no idea. Perhaps it was them looking into the eyes of my adoring husband, our 4-year old son, and my earthly father whose collective love for me was palpable. Perhaps, it was my charge to my cardio-thoracic surgeons, “Do NOT let me die; I’m not asking for a lifetime just enough time that my son will remember me.’ Perhaps, it was the adrenaline rush of a challenge as my surgeons will tell you my surgery was technically the most difficult surgery they have ever performed. I don’t know. I simply know that we all knew what would happen if we did nothing, but none of us knew what would happen if we stepped into it.

So we did. I was placed on ECMO support [ECMO means extracorporeal membrane oxygenation is a modified form of heart and lung bypass] which they time limited to 14 days on the remote possibility that a compatible heart would be gifted, and then allocated to me.

I received my new heart on 4/21/2008 after only 36 hours of being placed on ECMO support and listed with the United Network for Organ Sharing or UNOS.

Reaching Out To Those Who Saved

Did you reach out to your donor’s family?

Not directly.  Initially, all correspondence goes through the organ procurement organization [OPO]. Once each party signed the appropriate releases, we were able to communicate directly.

What was your process?

I wanted to send a letter of gratitude.   I operated on a one year rule meaning that I didn’t believe it would be appropriate for me to reach out to my donor’s family until at least one year had passed largely because by that point his/her family would have lived through all of the “firsts”, so to speak.  Also I worried about my letter being received on significant dates for the family.

That being said, I also didn’t feel comfortable dropping my letter in the post box until I was at the point personally that I didn’t have the expectation that his/her family would respond.

I mailed my letter 14 months after the transplant; however, I didn’t receive a response from her family [her dad] for another 16 months [30 months after her death/my transplant].

How did I learn the name of my donor?

Her name was shared with me in her dad’s response to a letter I wrote to her family expressing my gratitude for their decision to donate.

She was 17 years YOUNG, bubbly, loved music, children, and animals; she was a twin; her birthday was one month prior to her death. She was an encourager, and she LOVED chocolate.

I only have contact with her dad. We’ve been in touch with each other since early July of 2011, and he has come to Atlanta to spend time getting to know me and my family. He is a tremendous individual.

Her mother and her sisters, to date, have not reached out to me. I have communicated through my donor’s dad that I am and will remain available to them should they ever want to establish contact with me. For now, I am thankful for my relationship with her dad.

We place a lot of value on our heart.  Her dad told me that out of everyone that she impacted…”the person I wanted to reach out to was the person who received her heart.” 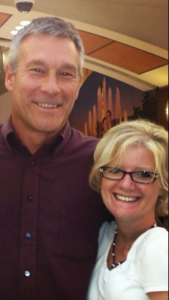 I love bringing honor to her, her life, her ongoing impact on my life and the life of my family and friends, even strangers. One thing it has taken me quite a few years to learn and put into life is that joy and grief can exist without one diminishing the other.

Thank You Donors and Donor Families For Giving The Gift Of Life Through Organ Donation!

To read the story of donation from the family of a donor, please read Living On Through Organ Donation.