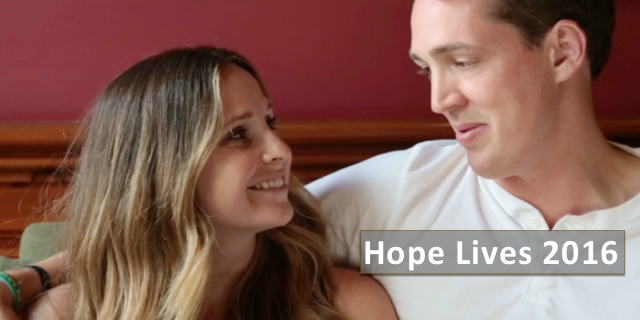 Hope lies in dreams, in imagination, and in the courage of those who dare to make dreams into reality.
~Jonas Salk

In 2014, Emily Bennett Taylor’s story was featured in November in the post Hope, Mice and Lung Cancer.

At 28, the former college athlete was about to celebrate her second wedding anniversary when she learned that she had Stage 4 lung cancer.

Before starting treatment, Emily decided she must set out to preserve her ability to have children. With fertility treatment, she and her husband Miles created nine embryos.

Two years after completing treatment for lung cancer, her physicians gave the all clear to start their family. However, recurrences of lung cancer have occurred with the hormonal changes of pregnancy. Emily needed a surrogate to carry the baby.

Social media came to her rescue again as it had in finding the right treatments for her cancer (see Hope, Mice and Lung Cancer). On her blog, Emily asked for help. Within a week several women had volunteered to be a surrogate, including her high school track coach Angela Stark.

September 2 they learned that Angela is carrying their twin baby girls.

***Thank you to People TV for Screen Shot of Emily and Miles!