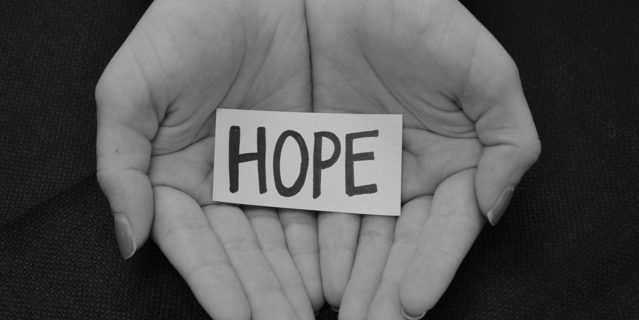 Lung cancer patient survival rates have not increased in years.  Their survival rate is 15.5% and many believe this is due to the stigma–that lung cancer is a “smoker’s disease.”

This pervasive stigma does not jibe with the fact that nearly 80% of the people who get lung cancer either never smoked or quit smoking years ago.

Lung cancer accounts for 27% of all cancer deaths, yet lung cancer is the least funded cancer in terms of research dollars per deaths.

Everyday There Are New Discoveries

However, there is hope.  Hope borne of the efforts of patients, families, and friends. Hope created through connections made via social media. Hope that is changing the research agenda and the care given to lung cancer patients.

This week, UK scientists will be presenting some research at the NCRI Cancer Conference that has great potential.

Some background is needed.  Cancer cells are different from normal cells in many ways but one important difference is that cancer cells bypass the normal process of cell death.  Healthy cells that are no longer useful actually self-destruct. Cancer cells just don’t.

Researchers have studied the process of cell death in normal cells and found that TRAIL (short for Tumor necrosis factor-related apoptosis-inducing ligand) starts the whole process. Unfortunately, most lung cancers in humans are resistant to TRAIL, so it  has not been an effective drug for lung cancer patients.

In another example, research on the impact of physical activity has been studied on both breast and colon cancer.  Exercise has been associated with reductions in mortality in both of these cancers.   But there has been no information concerning exercise on lung cancer.

Guess what?  In the November 1, 2014 edition of the journal, Cancer, mice injected with adenocarcinoma (a type of lung cancer) were placed in two groups, a daily wheel-running group and a group that did not run in a wheel.  The tumors in the exercise group mice grew more slowly than the non-exercise group.  Reasons for these results included an increase in tumor suppressors (p53) and increased mediators of cell death in tumor tissues in those who exercise.

One lung cancer patient, Emily Taylor, shared the above study results on her website two months before it was published.  Her story is about pushing the envelope and following the research to find a cure. June 28 2012, 28-year-old Emily Taylor learned that she had stage IV lung cancer.  This healthy, athletic, non-smoker is one of the 7000 new cases of young adult lung cancer that are occurring every year.

Physicians often miss lung cancer diagnosis in young people.  Most  young people receive a pneumonia or bronchitis diagnosis first.    Emily was told she had asthma but because of her luck or perhaps her inquisitive nature, she asked for more tests.

Through an incredible amount of research, Emily has seen the top people working in the field.  A newlywed, Emily went through accelerated fertility treatments to assure the possibility of children in her and Mile’s (her husband’s) future.  Miles and his sister talked with the patient advocacy director at the Bonnie J. Addario Lung Cancer Foundation to learn of the work of David R. Gandara.  Dr. Gandara uses integrated genetically engineered mouse models.  This strategy uses mice injected with a patient’s tumor, then subjects the mice to different treatments –all in an effort to find the best treatment for the patient.

Emily underwent chemotherapy at the City of Hope, an NCI designated comprehensive cancer center, to deal with cancer in her right lung, its lining and in the lymph nodes in her chest. Meanwhile, family went looking for the best thoracic surgeons, just in case, and found Dr. Raja Flores at Mount Sinai.  After chemotherapy, Dr. Flores removed Emily’s right lung.

Emily’s patient story is chronicled here.   Recently she and her husband celebrated the 10th anniversary of their first date.

Research is a source of hope and the Bonnie J. Addario Lung Cancer Foundation funds research on lung cancer. Right now, they are looking for 60 people under 40 who have been diagnosed with lung cancer. They want to perform genomic analysis of the primary cancer to accelerate delivery of targeted therapies. Here is a link to their website.

What is the impact of social media? While reading Emily’s story, the search for resources, the efforts of research and the teamwork that her family and friends exerted, were all achievable through the wonderful ability to communicate with experts. If you follow Emily’s blog you know that all her posts end the same way.  Let’s take her advice, and  “Live in the moment.”  We can be thankful to be alive in an age where we can reach out to others and for others via the Internet.