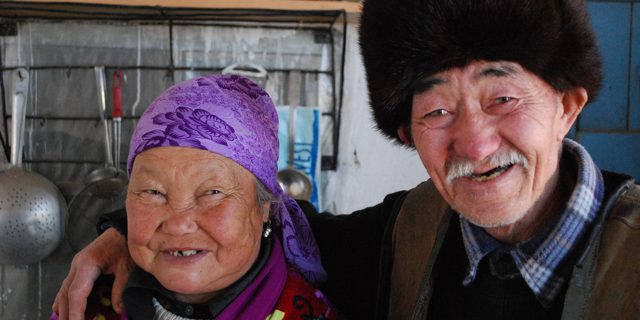 The search for happiness

What is happiness anyway?

The creator of Snoopy had a great answer…

Some people might not agree. In fact, happiness has been the subject of philosophers, economists and psychologists.

Is happiness a philosophical concept or an economic concept?

Long ago, the Greek philosophers defined happiness differently than we do today. Happiness or “eudaimonia” meant “the state of having a good, indwelling spirit.” The essential question that explains their definition might be “How ought I to live? This defining premise–that happiness is something inherent in a person and how that person interacts with the world–continued for a long time. Only in the 18th and 19th century did philosophers ask a different question. Happiness became something that could be obtained outside oneself. The defining question changed to “What do I really want?” Utilitarianism defined happiness by the absence of pain, having wealth or being healthy.

In this way, the study of happiness moved out of philosophy, into the fields of psychology and economics. The heart of the psychologists’ definition is relationships or “good functioning” while economists center their definition on the satisfaction experienced by the consumer with a good or with something that satisfies human wants.

Because of these varying meanings and the time factor involved, –that is, the difference between being happy yesterday versus being happy with the whole of your life, –it is difficult to actually measure happiness. However, the United Nations has been giving it a try. First, in 2011 they passed a resolution inviting members to measure their population’s happiness to help them guide public policies. Second, in 2012 another meeting on happiness and well-being occurred and the first World Happiness Report was published. At that time, a discussion of how to measure happiness occurred and guidelines were published.

These guidelines then were used to produce the 2013 World Happiness Report. The questions actually measured positive affect (How happy did you feel yesterday?) negative affect (How unhappy did you feel yesterday?) and then a whole life evaluative question (Are you happy with your life as a whole?). Taken together, these become the primary measure of well-being.

“Whoever is happy will make others happy.”

There are loads of books describing how to be happy or become happier. As an example, The Happiness Project is both a blog and a book. Its author, Gretchen Rubin, chronicles her year-long quest for happiness. Like many of these books, she provides tips for the novitiate in the pursuit of happiness. For example she suggests getting enough sleep as important to happiness, rightly noting that it is hard to be happy if you are exhausted.

Other books have been penned by, what has been termed “happiness-industry stalwarts,” like M. Scott Peck’s “The Road Less Traveled” and Daniel Gilbert’s “Stumbling on Happiness.” The self-help book market in the US is estimated to be worth more than $10 billion a year…in the UK it has earned around £60 million in the past 5 years.

Findings of the World Happiness Report 2013 provide an important perspective on the happiness literature. Six factors explained 75% of the differences between nations in their happiness or well-being life evaluations. They were “income (GDP per capita), years of healthy life expectancy, having someone to count on in times of trouble (sometimes referred to as “social support”), perceptions of corruption, prevalence of generosity, and freedom to make life choices.”

Finally, the authors found that many people the world over suffer from mental illness. In fact, 10% are dealing with anxiety disorders and/or clinical depression. Based on this estimate, the report states that mental illness has huge economic and social impact. Interventions to help those with mental illness cost comparatively little. So, what is the take-away? Although Venezuela’s new governmental office, Vice Ministry for the Supreme Social Happiness, is being criticized by some, the United Nations interest in measuring world happiness is intriguing.

The NEF (the new economics foundation), whose tagline is “Economics as if people and the planet mattered” is also saying something about happiness. As Charles Seaford, CEO of Well-being for NEF states, “we need to go back to fundamentals…and ask how efficient different forms of economic (and other social) activity are at delivering what we really want (i.e. well-being,the good life).” Seaford writes that if governments would prioritize happiness over economic growth, they might try to keep employment stable or protect the environment so that people could enjoy nature.

Actually, Bhutan is a small s a landlocked country in South Asia that has defined their primary measure as Gross National Happiness.

Happiness is when what you think, what you say, and what you do are in harmony.
Mahatma Gandhi

What is your understanding of happiness? What makes you happy?