Why I Became a Patient Engagement Evangelist - Medivizor
SIGN IN

Why I Became a Patient Engagement Evangelist 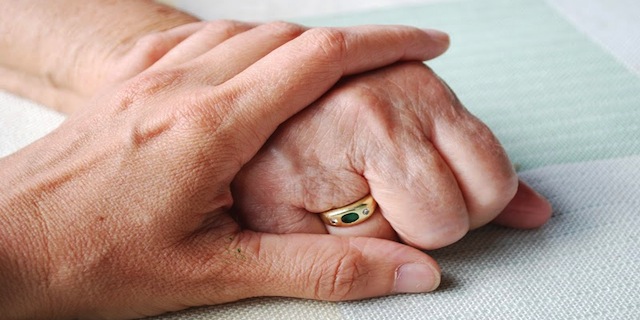 When your parents are both physicians, you have a unique perspective on the health care system.  This is especially true for me because of the time when I grew up.

During those days, on call physicians didn’t leave the phone calls to an answering service at night.  Our phone would ring, my father would answer it at all hours and would often leave for the hospital to meet his patient in the emergency department.

As children, we did not go to the doctor because our mother could determine what was wrong with us.  Yes, we had a pediatrician and had all of our shots but for stomach flu or coughs and colds, our mom was there.

All of the physicians in the community were family friends; they would come to parties at our house; we would babysit their children; it was a given that if we did need care, we would get that care quickly.

My first experience with the failings of the healthcare system occurred when my father went into the hospital to have his gall bladder removed.  By then around 20 something, I still saw with rose-colored glasses.

Dad decided that he would have surgery over a holiday weekend, since he and his medical office staff had taken that time off.  Perhaps he did not realize the significant changes that were taking place in health care by then, or he did not seem to grasp that on a holiday weekend the nursing staff at the hospital would also be on vacation. The nurses he would have would be people who were not regular employees of the hospital.

My mother also did not understand.  And this was just a routine gall bladder removal, nothing more.

Unfortunately, it was not routine.  His gall bladder was calcified so, instead of a laparoscopy, his surgeon opted for an open incision and exploratory surgery in case of cancer. I thought of this experience as I listened to Pat Mastors’ gripping stories at the 2013 Connected Health Symposium on October 25.  Here is how she began

“When you are in the trenches and things get tough you have keep your eye on simple things that are foolproof, that makes things work more efficiently…

I became a patient engagement evangelist…after the death of my father in the hospital 7 years ago for a surgery on his neck and he died 6 months later of complications from a hospital acquired C-diff infection…it opened eyes to the question, what can the patient and family do in the healthcare setting to make a difference?”

From Physician to Patient

After surgery, my father turned from physician to patient and he was not happy.  He roared and bellowed as any true head of a lion pride would if his wishes were not met.  And he terrified the nursing staff to such an extent that they seemed to forget him.

Sadly, his daughters did not know what to do for him.  We were not savvy; had not learned the valuable lessons of patient engagement.  We did not know to ask the question “What can the patient and family do in the healthcare setting to make a difference?”

“This spring I got to.. explore that question more closely than anybody wants to…that was when my 26 year old, who hiked the entire Appalacian trail last year, 2200 miles…suddenly couldn’t walk.  She was diagnosed with a rare and paralyzing nerve disorder, Guillain-Barre syndrome….we were told…it would be 6 months to a year before she would recover.”

Staying With Loved Ones in Hospital

The first night in the hospital, after surgery, we left my father alone.  This was not negligence on my mother’s part. My mother, adored my father, told him and us that everything would be fine because she firmly believed this.  After all, she had been at this hospital before and had had no trouble.

The next morning and day, Dad seemed crankier than ever.  He complained about being left alone the night before so, even though mom said he would be fine, I decided to stay overnight with him.  I just could not leave him alone in that hospital room again.

That night, in and out of sleep, Dad started talking about Aristotle, Archimedes and Erasistratos as well as ascites.  Because he sleepwalked and sleep-talked on a regular basis, I thought he was just sleep-talking again…

After her experience with her father, Pat Mastors knew what to do for her daughter, Jessica.

“…I’d known from my work that during care transitions and staff rotations little things fall through the cracks so we stayed in her room, all day and all night.   We gathered research from my patient advocate network we googled everything.”

Without knowledge, I did not realize that the nurses had not been keeping up with my father’s fluid intake and output.  What he described to me, in what I thought was sleep-talking, was in fact, a complete description of the symptoms of someone who is in distress with abdominal bloating.  When my mother and sisters arrived, I went home to sleep but told them about Dad’s night ramblings.

With the added pressure on his breathing and on his heart, not long after I left, Dad had a Heart Attack in the hospital.

A heart attack caused by the poor nursing care, the care transitions and staff rotations– the not A, not B, not C but the F team’s inadequate nursing care.

Patient and family engagement makes a difference in the care of hospitalized patients. Pat Mastors used the knowledge gleaned from the experience of her father and her own research, to help her daughter.

“We wrote things down, and then we distilled from that, what were the disconnects, so we were going to our medical team with sheets of research. We wanted to make sure of their body of knowledge or at least respectfully asking what do you think of this?

And the result was amazing! They stepped up their game, they did more research, they asked for our input when it was time to make a decision. We really, really worked as a team.

But during those times when…people are busy and they say things, ‘I’m sorry, there’s a shift change’ or ‘that’s not my job,’ I saw how our single-minded focus on the patient compelled them to connect with their innate mission. I saw this many times…”

My Dad’s heart attack woke me up! If a physician, who worked at a hospital, could receive such poor care in that same hospital that it caused him to have a heart attack, what was happening to non-physicians, non-healthcare professionals? What could I do to make a difference?

First, I continued my education. Second, over the next few years as family experienced serious health conditions, I plunged in with open eyes….and advocated for them. Third, I came up with a list of actions all caregivers and patients need to know: For Jessica Mastors, her family’s advocacy made an enormous difference. The length of time Jessica stayed in the hospital was less than one third the average time that is spent by patients with her diagnosis . Her family believe that her recovery rate was due to their engagement, advocacy and empowerment which brought them into partnership with Jessica’s health care providers.