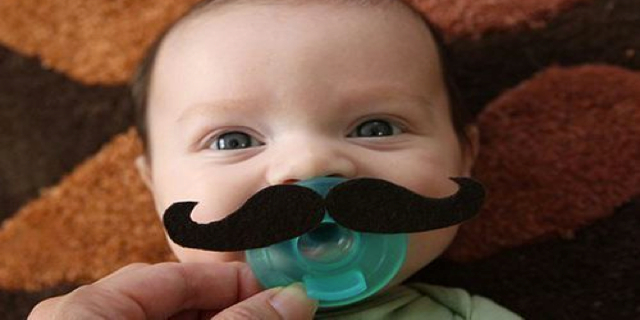 It’s December and all the men who grew their mustaches in November get to shave!

What? You didn’t know about this? It is because of Movember.

Has anyone seen this typo recently?  Well, it’s not a typo…it is actually a fund-raising campaign with an International flare.  Movember is the month November and Mo, which is a slang term for mustache in Australia.

In 2003, a couple of mates sat in a pub bemoaning the loss of the mustache…apparently few men in Australia were sporting a crop of hair on their upper lip.  They came up with the idea of spending a month, November, trying to grow a mustache or in Australian parlance a “mo.”  They recruited other mates and decided to raise money for men’s health.

Creating a website in 2004, the number of mos grown increased to 480 and funds went to the Prostate Cancer Foundation of Australia.  The US came on board in 2007.  By 2012 581 men’s health programs had been funded and 22 countries participate.

Dr. Brian Stork-a urologist from Michigan and a physician actively engaged in social media-started his blog in solidarity November 2012.  This year, he joined a group of Urologists at Toronto East General Hospital, to raise Awareness for Men’s Health and Money for the Movember Campaign.  “Joining this team has made this Movember even more fun and we have, working together, been able to raise a considerable amount of money,” he says.

Who would have thought that all that hair could make such a difference?