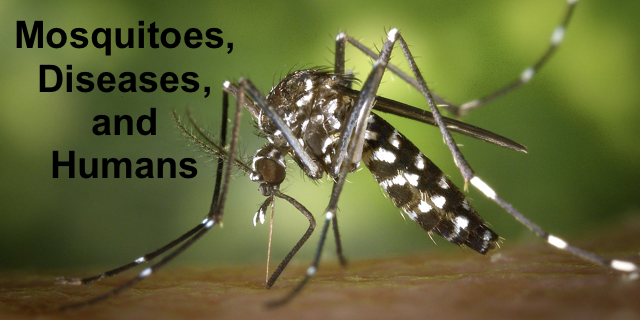 You may not believe this – after a summer with mosquitoes buzzing around you – but there are of these pesky insects that don’t bite humans specifically. They just aren’t that interested in us.

Researchers at Princeton University wanted to know why. So they went to Africa to find Aedes aegypti aegypti, the mosquito that spreads yellow fever, dengue fever, Zika virus among other diseases to infect around 100 million people each year.

The team set up 27 collection sites in a variety of locations; from very populous areas to wild areas with few humans. The locations also varied by climate; from semi-arid areas with wet and dry spells to forested areas with rain occurring the year round.

They collected eggs from these locations and brought them back to the Princeton lab. They grew the mosquitoes in olfactometers-plastic boxes with two tubes extending out from the boxes. At the end of the tubes they put a hamster and a human (with a filter between so that neither hamster or human were bitten). Then they waited to see which of the mosquitoes went for the human odor versus animal odor.

Mosquitoes interests in humans varied by location – the places with more humans had more of the human preferring mosquitoes. But another factor played an important role in where these human loving mosquitoes lived – the amount of rainfall available during the dry season. Mosquitoes were attracted to human odor in places with low rainfall during the hottest time of the year.

This is because humans store water. That water is needed by these mosquitoes to lay their eggs.

There are three species of mosquitoes that carry most of the diseases to humans. Along with the Aedes aegypti, the Anopheles carries malaria, elephantiasis and encephalitis and the Culex carries West Nile virus and encephalitis.

Image: This media comes from the Centers for Disease Control and Prevention‘s Public Health Image Library (PHIL), with identification number #2165