Omega-3 Fatty Acids For the New Year! - Medivizor
SIGN IN 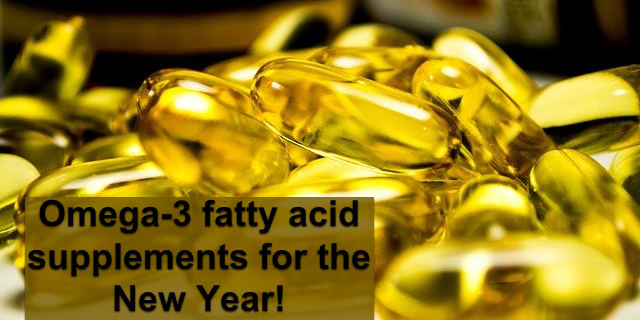 I’ve been eating a load of holiday foods and thinking that I’m going to need to make some dietary adjustments. Like me, you may have read or heard in the news that clinical trials looking at omega-3 fatty acids (omega-3 acid ethyl esters – O3AEE) did NOT significantly reduce major cardiovascular events. In fact, the news may have said that two recent clinical trials had failed.

Sometimes, the news media doesn’t take a close enough look at research results! An article reviewing a couple of recent clinical trial results points out that the news media might have got it wrong.

The first clinical trial that was reviewed, called VITAL, for Vitamin D and Omega-3 Trial, compared four groups of people (totaling 25,000 participants). The first group took one gram of O3AEE per day, the second group took 2000 IU of vitamin D3 per day, the third group took both O3AEE and Vitamin D3 per day and the fourth group took placebos for five years. When there was a comparison of the four groups after five years, there was no difference overall (that is composite) incidence of cancers or major cardiovascular events. BUT, and this is a major BUT, these are not the only results.

A second study, conducted in the UK, looked at over 15,000 people who had diabetes and no cardiovascular disease diagnosis. Half took the same dosage of O3AEE and the other half (placebo) took a capsule containing olive oil. The news media again just reported the overall endpoint, which was not significant for “a composite of risk for nonfatal MI, nonfatal stroke, transient ischemic attacks, and “vascular death” (including fatal CHD, fatal stroke, and death from other “vascular” causes, in other words, CVD death).” Yet they failed to report one important finding: cardiovascular disease death was reduced by 19%.1 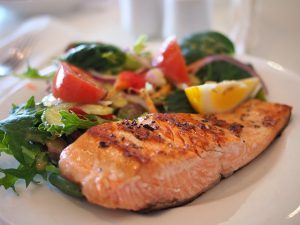 Image by cattalin from Pixabay

Unfortunately, intake of omega-3 fatty acids is low in the US, Australia, Canada and much of the European Union. Omega-3 fatty acids are found in oily fish like salmon, herring, anchovies, sardines, and rainbow trout. The authors of this review recommend that people eat at “least one to two fish/seafood servings per week, which is consistent with current dietary guidelines. Following this recommendation would improve omega-3 intake and status in most individuals…”1

However, a final clinical trial discussed in this review article seemed to support doing more than just trying to eat oily fish.

A different version of omega-3 “icosapent ethyl (IPE; brand name Vascepa”) was used in this clinical trial. This study compared over 8000 people, half who were taking statins while the other half took statins with omega-3 (IPE version). In this study, the omega-3 fatty acid dosage was upped to 4 grams per day. The results were powerful: people taking both the omega-3 fatty acid and the statin had significantly fewer (by 25%) cardiovascular events, than those taking the statins alone.

In addition to this overall response, the study also found significant reductions in:

So, even though you may have heard in the news that omega-3 fatty acid supplements are not worth it and that fish oil 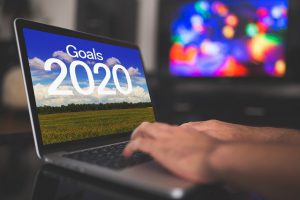 My New Year’s resolution? I’m going back on those fish oil pills. Maybe you would like to join me and increase your intake of omega-3 fatty acids. Consider taking an omega-3 fatty acid supplement for your heart’s sake!