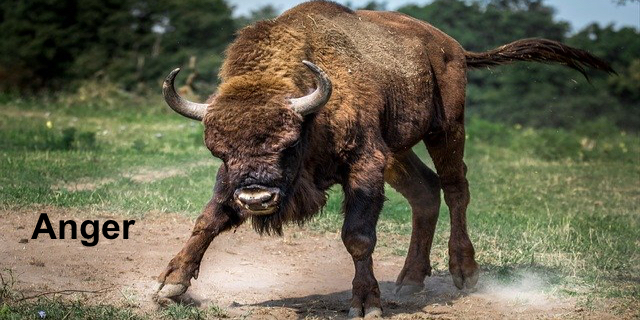 Anger is an emotion that everyone experiences from very early on. Studies have confirmed anger in infants as young as two months old. There is a lot of literature that describes anger as a negative emotion. Yet, at least one anger researcher says that “anger is a powerful and healthy force in your life. It’s good that you feel it. You need to feel it.” Ryan Martin, professor of psychology at the University of Wisconsin, Green Bay has been studying anger over the course of his career and has found common themes of anger. “We get angry in situations that are unpleasant, that feel unfair, where our goals are blocked, that could have been avoided, and that leave us feeling powerless.”

One factor that influences if we become angry during these situations is how we are feeling prior to the provoking situation – our pre-anger state. Being tired, hungry or overwhelmed can exacerbate anger. But the thing that most impacts whether anger is experienced is how we interpret the provocation.

This interpretation is two-fold. The first part of the interpretation is to decide if it is fair or unfair, good or bad. The second part is deciding how bad or unfair it is. Martin acknowledges that, as we conduct this interpretation, we can “catastrophize,” “misattribute,” “overgeneralize,” or even use “inflammatory labels.” These responses may be totally irrational or as Martin points out, they may actually be very rational – there is, in fact, injustice in the world. People do experience unfair treatment and it is appropriate for them to become angry.

Anger and Fear in Evolution

An important point that Martin makes is that, anger, like fear, is an emotion that humans have for a reason. Fear keeps us watchful for danger. And there is danger in the world. Likewise, anger is a response to injustice or to situations in which our goals are being blocked. There is unfairness in the world. There are barriers to personal goals. Anger and fear have been helpful to us evolutionarily. Martin points out that anger prepares you to face the injustice or get around the barriers. Like fear, we have a physiological response – the sympathetic nervous system slows digestion to save energy and moves blood to the extremities to be used by muscles.

Often we are told that anger is not a good thing, that we should stop getting angry. But Martin’s research has led him to the conclusion that anger is not bad, instead it is an emotion that motivates action. That action does not need to be violent or aggressive. In fact, it can be productive. Use the energy of anger to write letters, poetry, music, art or to create communities that don’t allow the injustices that anger you.

Here is Ryan Martin’s TED Talk. Do you agree with his ideas and his conclusions?

Feature Image of the angry bison by Lubos Houska from Pixabay