Why Processed Red Meat Should Be Off the Table: Fake Guidelines
SIGN IN

Navigation Menu
Home » Blog » Why Processed Red Meat Should Be Off the Table: Fake Guidelines

Why Processed Red Meat Should Be Off the Table: Fake Guidelines 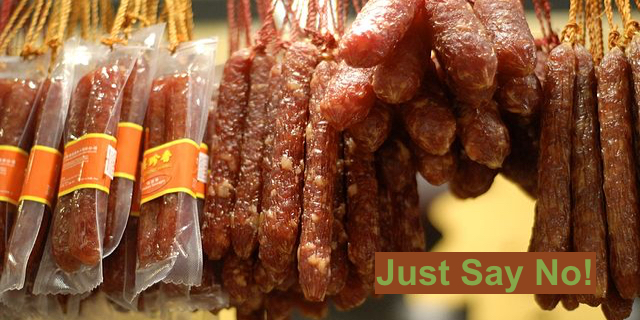 It has been observed for many years that parachutes slow down the descent of people jumping from planes, making those jumps survivable. “Parachute use to prevent death and major trauma related to gravitational challenge: systematic review of randomised controlled trials“ is an article accepted for publication in the British Medical Journal. The authors looked in all the databases for clinical trial articles, randomized and controlled, which would show that parachutes prevent death and major 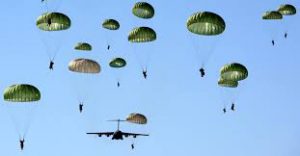 trauma. None were found. Following the logic of those who do not believe that observational data should be used to make recommendations to prevent ill health, the authors recommended a clinical trial, with randomization – some people having a parachute when jumping from a plane and others not having a parachute for their jump. They noted that there may be difficulty recruiting for this study but recommended that those who believe strongly that observational studies are not “scientific” should volunteer for this study.

Observational Studies Can Make A Difference

According to the CDC, over 7000 studies on the effects of cigarette smoking, mostly observational and correlational, provided the evidence for the the first Surgeon General’s Report on Smoking and Health in 1964. According to an article in the Journal of the American Medical Association, the tobacco control efforts begun by the Surgeon General’s Report prevented the premature deaths of around 8 million Americans.

Why Some Research Uses Observational Studies

Clearly, an important part of the process of research is observation, first, observation precedes experimentation in the research process. Essentially observational research monitors and notes in great detail what is happening in the natural setting. We wouldn’t have Newton’s laws of motion and law of universal gravitation were it not for observation and mathematics.

There are situations in which observation is the only ethical or logistical way to conduct research. A randomized control trial that deliberately exposes people to potential harm is unethical. And what if it takes a long time for an outcome to occur, is it ethical to expect those in the experiment to live a long time under experimental conditions? This is in fact the case with smoking. The ill effects of smoking are cumulative and can be years in the making. Would it have been ethical to conduct an experiment in which a random sample of children age one to five were placed in a cigarette smoke-filled house and compared them to children living in a house filled with purified air for the first 5 years of their lives in order to see / compare their lungs afterwards? Emphatically, no!

Recently an analysis of nutritional research on eating meat was published in the Annals of Internal Medicine. With that meta-analysis, new “guidelines” were proposed. There has been an uproar and condemnation of this publication and there is good reason.

The researcher leading the study has been employed by the International Life Sciences Institute, or ILSI which, according to the New York Times, is “an industry trade group largely supported by agribusiness, food and pharmaceutical companies and whose members have included McDonald’s, Coca-Cola, PepsiCo and Cargill, one of the largest beef processors in North America.” Previous to this paper, he wrote another paper that the ILSI paid to be published in the Annals of Internal Medicine trying to provide new guidance on sugar intake – basically promoting sugar (something that the above big companies want.) The tobacco industry used this type of tactics to discredit reputable research on the risks of smoking for many years. 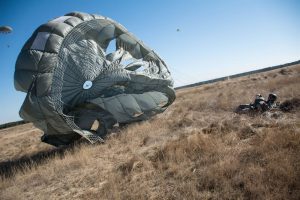 Additionally, the lead researcher used a tool called GRADE to conduct his analysis. As a story by NPR explains, “Using this approach, a kind of study known as a randomized controlled trial — or RCT, for short — is considered high-quality evidence.” And continuing the explanation, they interviewed Frank Hu of Harvard.

“Nutrition scientist Frank Hu of Harvard says the problem with GRADE is that it was mainly developed for evaluating evidence from drug trials. ‘It’s really problematic and inappropriate to use GRADE to evaluate nutrition studies,’ Hu says. Most of nutrition science is built on another type of study, observational studies. These are conducted by tracking the eating habits of people over many years. But here’s the rub: The GRADE system considers these observational studies to be low quality.”

Another problem with this research was the composition of the researchers on the 14 member panel. You would think that people with a background in nutrition would have been on this panel setting guidelines on nutrition. Think again. There were only two nutritional scientists and the rest call themselves “methodologists.” Not really qualified to build nutrition guidelines.

Contrary to this “nutritional” guidance, the World Health Organization has concluded that processed red meat is a group 1 carcinogen which means,

“This category is used when there is sufficient evidence of carcinogenicity in humans. In other words, there is convincing evidence that the agent causes cancer. The evaluation is usually based on epidemiological studies showing the development of cancer in exposed humans.In the case of processed meat, this classification is based on sufficient evidence from epidemiological studies that eating processed meat causes colorectal cancer.”

Why would a journal with a reputation like the Annals of Internal Medicine publish this article? It could have to do with increasing readership. The journal put out a press release titled, “New guidelines: No need to reduce red or processed meat consumption for good health.”

As Tal Givoly, CEO of Medivizor, wrote in a recent post on LinkedIn about these type of “click-bait” headlines,

“In competition for already declining attention spans, medical news headlines have come to resemble those of the tabloid press. Published just this past June in the Washington Post was an article, “‘Horns’ are growing on young people’s skulls. Phone use is to blame, research suggests.” 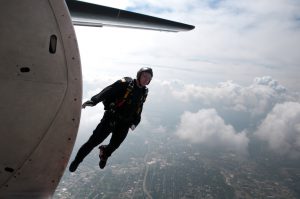 Sadly, it is not just the newspapers but now academic medical journals that are using click-bait headlines and publishing questionable articles. Perhaps the researchers who wrote these new guidelines about eating read and processed meat would like to be part of an experiment, like the parachute experiment?