Eat, Drink and Watch Out! Food Safety - Medivizor
SIGN IN 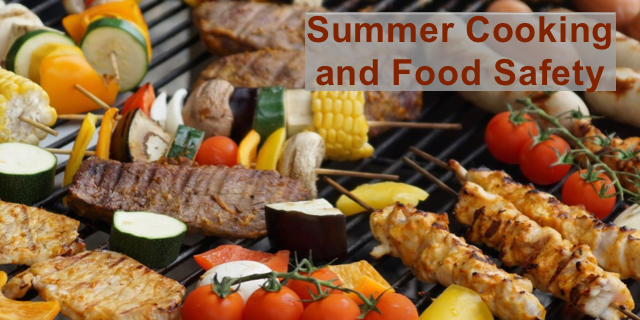 Surveillance of food safety is challenging for a number of reasons. One is that food borne illness is under-reported–people just experience the vomiting and diarrhea and chalk it up to a “stomach bug” or “food poisoning” without going to the doctor and being tested. But the Centers for Disease Control have conducted research, reviewing a large number of data sources, to make estimates of the numbers of people who become ill, are hospitalized and die from food borne illness every year.

The reviewed data sources identified 31 bacteria, viruses and parasites that cause illness.
Here is data on the top five pathogens domestically acquired (not brought in from outside the US) and their influence on illness, hospitalizations and death annually. 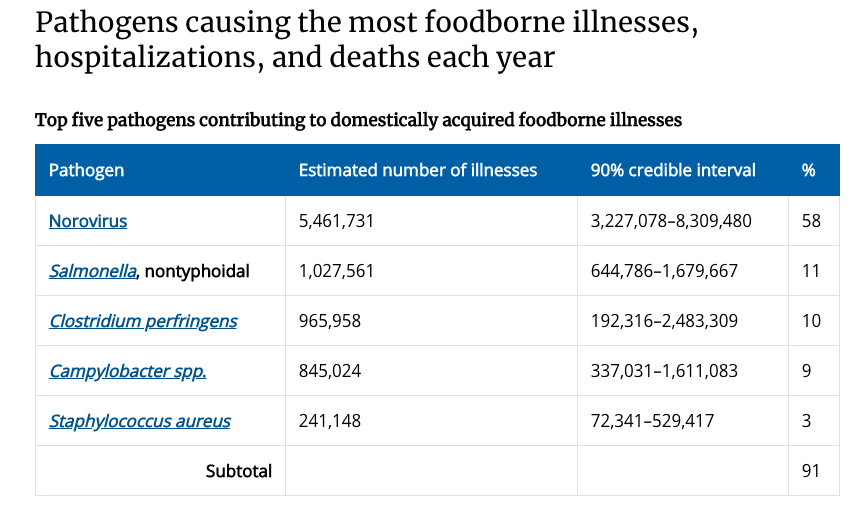 A second article describes a group of substances and organisms that are suspected of causing acute gastroenteritis (vomiting and diarrhea) but where there is less information and data collected about them. Bacteria are part of this group but also chemicals, like toxins from algae that accumulate in oysters, scallops and other shellfish, and mushrooms.
Below is a table that estimates the number of annual illnesses, hospitalizations and deaths from the 31 identified and these “unspecified agents.” 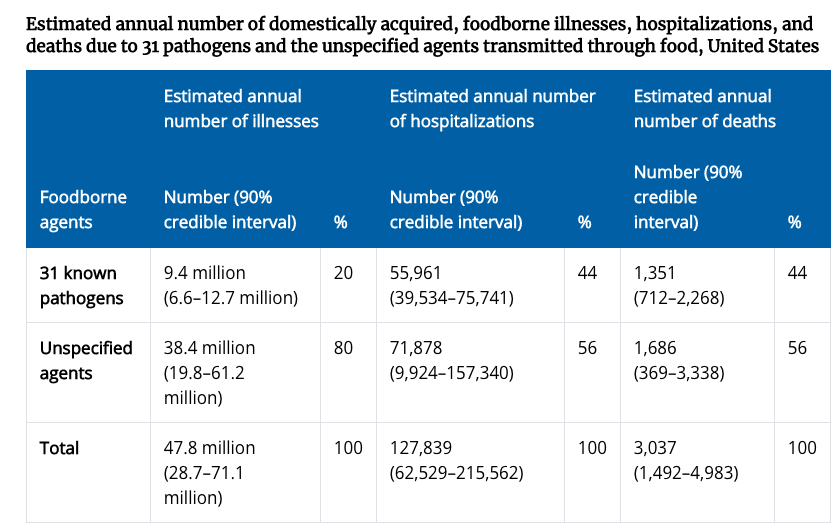 For people with compromised immune systems, it is important to be alert and watchful about what you eat and how it is prepared. Cooking food thoroughly, cooking with clean utensils and keeping raw foods away from cooked foods: these processes need to be established in the kitchen. During the summer, when people grill out more frequently, being vigilant is especially critical. Below we share an infographic from the US Department of Agriculture. Notice that the diagram emphasizes utilizing a food thermometer as an essential tool. 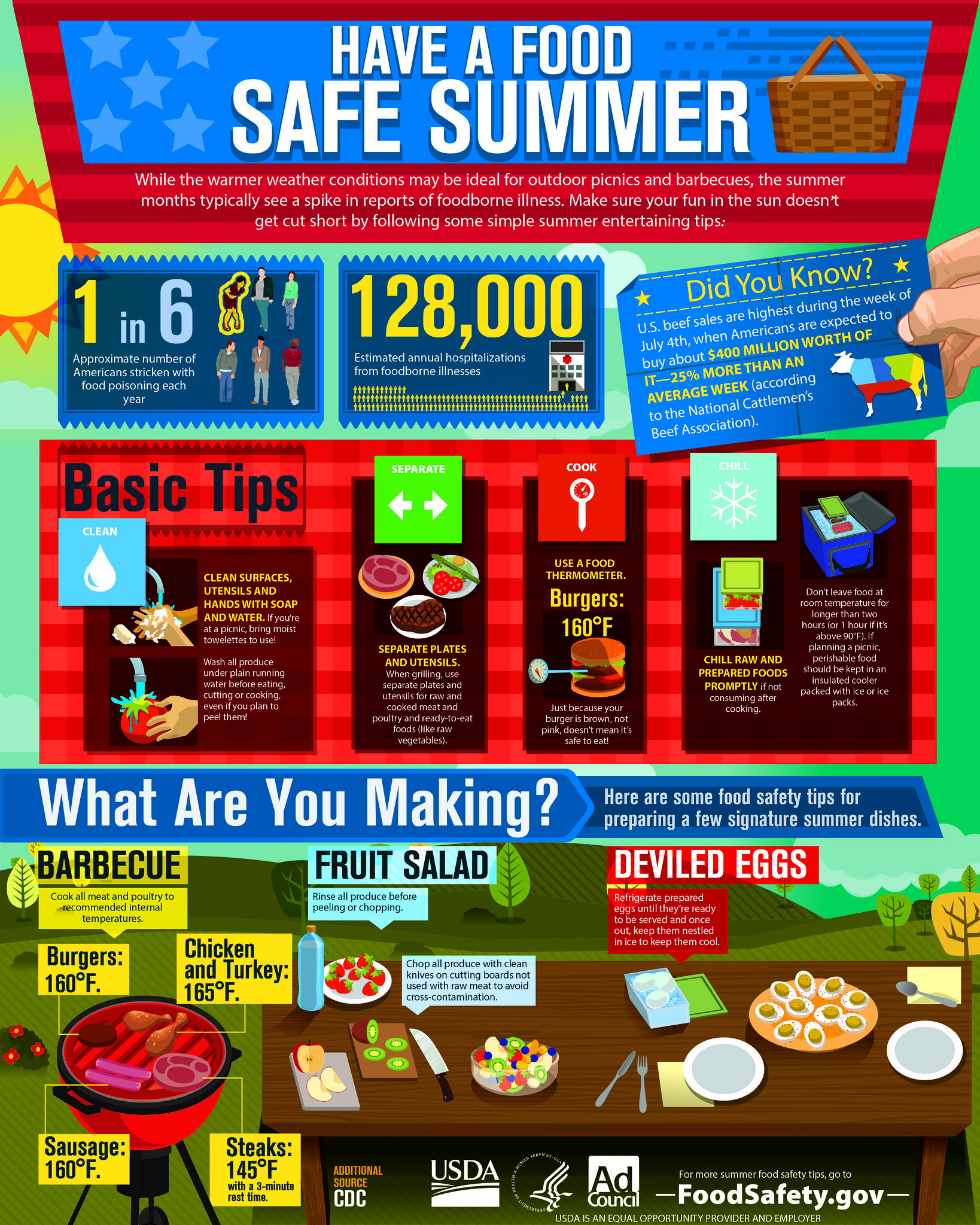 Eat and drink safely this summer!