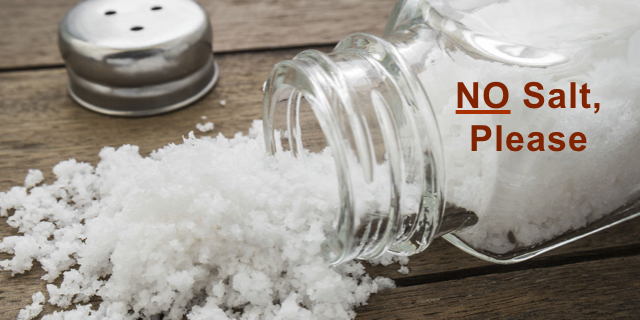 A recent commentary in the New England Journal of Medicine describes what is really happening with the US food supply.

In 2010, a report by the Institute of Medicine (IOM–now called the National Academy of Medicine) stated that, salt intake is actually a factor that is out of our personal control. This is because only 5% of sodium is coming from the salt shaker on the dinner (breakfast and lunch) table at home or in home cooking. Fifteen percent comes from naturally occurring sodium but almost 80% comes from processed and 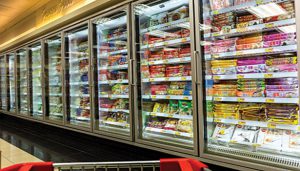 Presently, average intake of sodium by people in the US is around 3400 mg per day. Now, another report, this from the National Academies of Sciences, Engineering, and Medicine (NASEM), again strongly supports the verdict that hypertension, cardiovascular disease and stroke are associated with increased consumption of sodium. In fact, the recommended intake now is 2300 mg of sodium per day.

With the IOM report came several recommendations, one specifically to the FDA. In the past, salt has been regulated as a GRAS or “generally recognized as safe” substance. This means that salt has been considered by the FDA as “reasonably certain of [causing] no harm.” However, because of its findings, the IOM recommended that the FDA set a standard for salt being considered GRAS. The goal was to make a gradual change in the amount of salt that is consumed and also to give the food industry time to voluntarily adjust the amount of added sodium in their products.

The food industry has had a mixed reaction. Some companies decided to work to reduce the amount of sodium, for example the Sustainable Food Policy Alliance which includes Mars Inc, while others, like the Salt Institute, are and have been actively working against the goal of reducing sodium.

One thing is clear. It is important for consumers to realize that industry has a lot to do with the amount of sodium that is being consumed. It is also apparent that action may be needed on the local level to make change happen. For example, since 2009, New York City has been able to push for reductions and obtained an almost 7 percent reduction in sodium between then and 2014.

The industry has a long way to go to reduce the amount of sodium in the foods they produce. If your doctor wants you to cut out salt to improve your health, apparently you have little control if you eat out or eat processed foods. Complete or partial boycotts of certain food products may be needed. Eating fresh food is one option, but not always an option for everyone. It is time for more activism by all of us to get the food industry to help us eat healthier.