The Heart-Brain Connection: New Findings on Stress and Heart Attack
SIGN IN

The Heart-Brain Connection: New Findings on Stress and Heart Attack 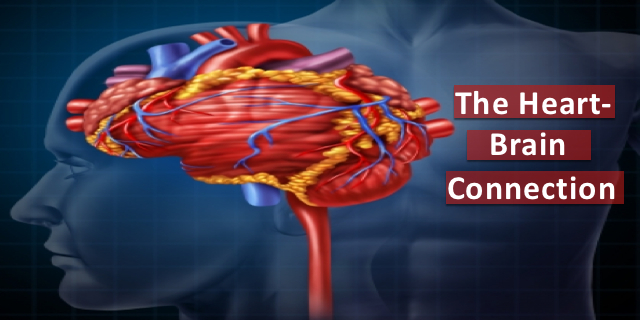 How does stress affect the body? Newly published research may provide clues to the impact of emotional stress on different parts of the body. In their study, the researchers wanted to learn if there was a connection between a specific part of the brain, called the amygdala, and cardiovascular health. 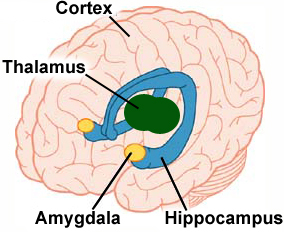 There are actually two amygdalae, one on each side of the brain. The small-almond shaped structures are found at the end of the hippocampus.

We’re learning a lot about the amygdala through brain imaging. The amygdala function in the areas of survival instincts, memory and emotions. 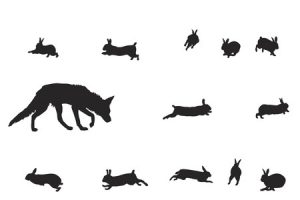 Adrenaline (another name is epinephrine) increases heartbeat, breathing, sends glucose to the cells and
basically gets you ready to fight or run. The link between the amygdala and the hypothalamus is incredible. In fact, it works faster than your eye/brain connection (visual centers). This is why people are able to jump out of the path of an oncoming vehicle automatically. 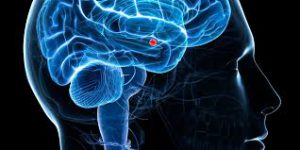 amygdala that are 8% larger than normal.

There’s been a lot of research on the amygdala and its role in memory. It is involved in consolidating emotional memories. Consolidating memories is a process by which an experience is encoded and stored. REM sleep may be a time when this happens, making an emotional memory either stronger or weaker based on what helps the organism most.

A small number of people, 20 so far, have been discovered with hyperthymesia. Hyperthymesia is a condition of near perfect autobiographical memory. One of these individuals underwent brain imaging. Compared to controls, this individual’s right amygdala was 20% larger and the connection to the hypothalamus was also enhanced.

This January, an article published in the Lancet gives a glimpse into the possible connection between the heart and the amygdala.

Between 2005 and 2008, 293 people who had no cancer or cardiac conditions had PET scans and tests for activity of their amygdala, bone-marrow and any inflammation of their arteries. They were also tested on their perceived level of stress. 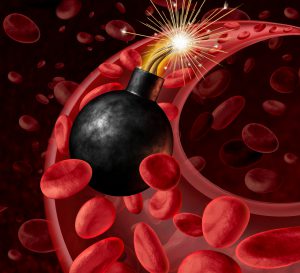 In a follow-up, averaging 3 years 7 months after the initial tests, 22 of the volunteers had a cardiovascular disease event, like a heart attack.

Those 22 people had greater amygdala activity compared to those without an heart attack. This amygdala activity was associated with an increase in bone marrow activity. Bone marrow produces red and white blood cells as well as platelets. Greater amygdala activity was also associated with increased inflammation of blood vessels. They had greater perceived stress than others. Finally, C-reactive protein levels were significantly elevated and were significantly different from people who did not have a cardiac event. C-reactive protein is produced by the liver and indicates inflammation in the body.

This study is the first to show increased activity in the brain, specifically in the amygdala,as being predictive of cardiovascular disease. It also illustrates a path from emotional stress to heart disease.

The results of this study in Lancet bring to mind the post Shhh…Listen! Do You Hear the Sound of Mindfulness?. In this post, we described a study in which 17 participant (controls) had MRIs done and were told they were put on the wait list for the Mindfulness Based Stress Reduction (MBSR) program. Sixteen participants (experimental subjects) had MRIs done and then took the MBSR eight-week program. Those 16 were assigned 30-to-40 minutes of meditation per day as part of the program.

At the end of the 8-weeks the experimental subjects’ brains were scanned again. Several areas changed: the hippocampus, which is important for emotional regulation, learning and memory and the temporal-parietal junction, involved in perspective taking, empathy and compassion, grew larger. The amygdala decreased in size. Since the amygdala has been shown to increase in size with stress, the reduction of the amygdala may be linked to stress reduction.

Perhaps meditation can intervene in the heart-brain connection. People who meditate on a regular basis report feelings of increased empathy, greater ability to concentrate and less stress.

Do you think meditation could be useful in the changing the activity of the amygdala? The lead of the Lancet publication, Dr. Ahmed Tawakol, co-director of the MR PET CT Cardiac Program at Massachusetts General Hospital and Harvard Medical Center recommends tracking your stress. Read more  health-stress-dr ahmed tawakol-feb8-2017–.

One tracking and management option is the Serenita app. Winner of the 2015 “Best Health App of the Year Award” by Doctors 2.0, it has gone through clinical testing to validate its ability to assess stress and help you manage stress. Serenita can be downloaded from Itunes and Google Play. Here is the explainer video.

Additionally, here is a video meditation from the MBSR program.