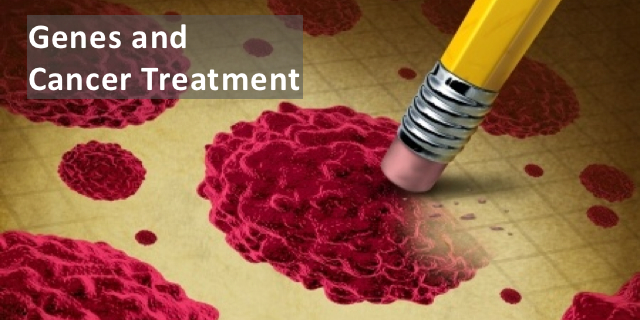 Recent scientific collaborations have increased our understanding of what makes humans human. One of these was the Human Genome Project.

“A gene is the basic physical and functional unit of heredity. ”  Genes are composed of DNA  and the pattern of bases of DNA are the instructions of genes.  In humans, genes can have as few as a hundred bases or greater than  2 million bases.

In 1990, a worldwide effort  to map all the genes in humans-The Human Genome Project-began. 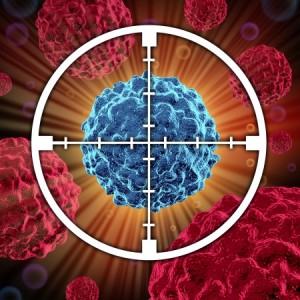 By 2003, the international research effort sequenced and mapped around 20,500 human genes and provided this information to the world.

With this accomplishment in hand, scientists in the US and worldwide directed their attention to cancer. Knowing the genes of normals cells gave a template for comparing cells that acted abnormally.  In the US, the NCI started The Cancer Genome Atlas pilot project in 2006 and by 2009, it had been rolled out as a full project. Meanwhile, The International Cancer Genome Consortium was also established to sequence cancers. With increased computer capacity and a new procedures for sequencing that have reduced cost, huge numbers of cancers are being sequenced.

What has been learned thus far is that cancer is complex.

How Does Cancer Happen?

As the intricate dance of replication and transcription goes on, moment by moment, in every cell of your body, mistakes can occur.   There are also environmental exposures that can cause changes, called mutations, in genes.  Chemicals like asbestos cause mutations, viruses have been implicated in making changes in genes as well as obesity, UV sunlight and smoking.

There are processes in place, both inside and outside cells, to stop problems before they start.

There are several ways that have evolved for mistakes to be caught.  Here are a few.

Catching errors start with DNA repair genes which oversee the process of replication.  Two genes that are involved in this repair are BRCA1 and p53.

Apoptosis or programmed cell death is a way to get rid of a cell that has such severe damage to its DNA that it is made useless.

So, how do some cells beat these failsafes?  What happens inside cells that go bad?   How does a cell change into an out-of-control, constantly dividing cancer cell?

Mutations in the genes controlling all of the above processes have been found in cancers. In fact, what researchers found, through the Cancer Genome Atlas, was that gene mutations in cancers could range from 10 in one cancer to over 100 in others.

At first, these results were overwhelming.  But patterns have been discerned: not all the mutations are the same.  In fact, most of the genes that are found to be mutated were tumor suppressor genes.  As Dr. Bert Vogelstein, of Johns Hopkins Medical School noted in Cancer:  The Emperor of All Maladies, “There are only about 200 genes which are responsible for the vast majority of cancers.  Then these 200 genes funnel down into only about 12 pathways.  If you can figure out a way to target these pathways you will have a therapy that is useful for many different kinds of cancers.” 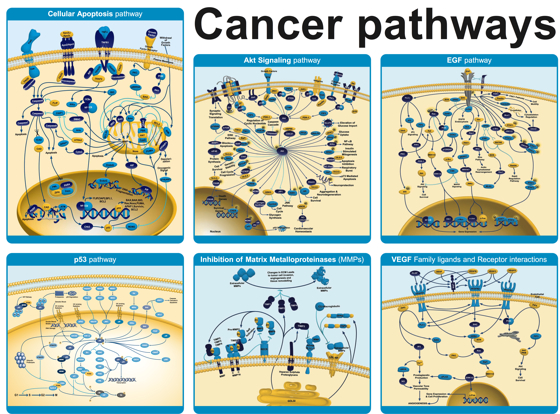 Eric Lander, PhD., of the the Broad Institute, echoed Vogelstein’s optimism, “The key is to hit a cancer with multiple drugs simultaneously.  When a cancer mutates it gains some new properties, but very often it gains a new vulnerability as well.  It gains a power and it gains an Achilles Heel…. You’re laying out…a way to deploy your armies knowing that cancer is going to try to escape down this path and you’ve got something waiting for it.”

In our next post we will address another direction in research–immunotherapy.