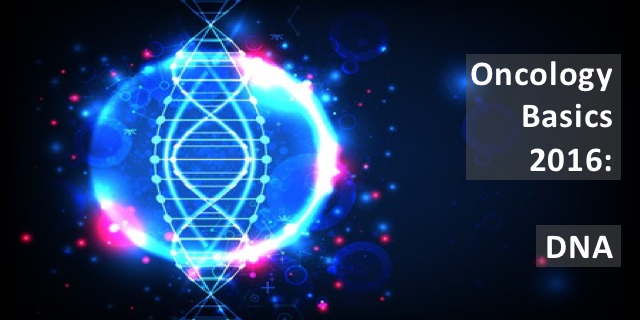 The Central Dogma of Biology

Doesn’t the title above sound imposing? Yet this central idea has moved biological science forward over the last 60 plus years. What we know about cells, genetics and cancer today relies on this “Dogma”: DNA carries our hereditary information and transfers that information in a process called transcription.

In 1869, DNA (deoxyribonucleic acid) was first discovered.  Still, it wasn’t until 1944 when three researchers–Oswald Avery, Colin MacLeod, and Maclyn McCarty–transformed one type of pneumonia (that didn’t cause illness) into another type of pneumonia (that did cause illness) that it was determined that DNA (and not proteins) were the “transforming principle” of cells. 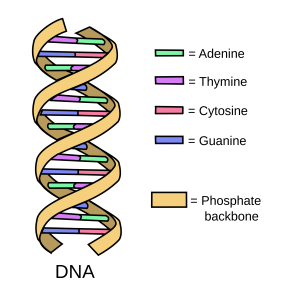 Remarkably, transmitting hereditary information takes a huge molecule.  If all the DNA in just one human cell were laid end to end, it would be 1 meter long.

Nevertheless, it’s the structure of the molecule of DNA that stores genetic information.   There are phosphates that run on the outside of the double helix.  Inside are the “bases” adenine, guanine, cytosine and thymine.  Hydrogen bonds allow adenine to bond only with thymine and cytosine to bond only with guanine.  It is the order of the bases that delivers instructions.

Two processes, peculiar to DNA, transmit information that is essential for growth, functioning, reproduction: life itself. 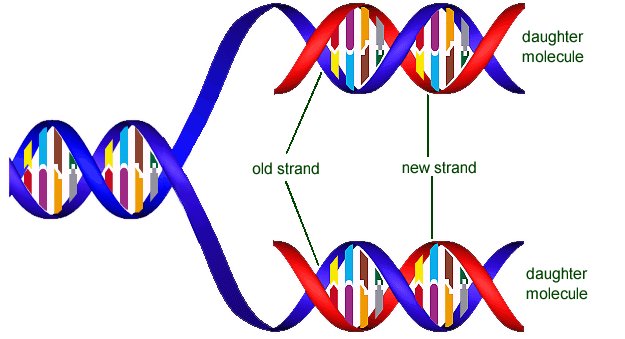 Here is a video that explains the process in detail.

Transcription is the process by which the information coded in DNA is used.

A previous post described signaling pathways.   Many signaling pathways pass messages to the cell nucleus where DNA lives. These messages start the process of transcription. When an activated protein that is part of a signaling pathway enters the nucleus, it locates a specific gene along the DNA. The DNA molecule unwinds and opens.

At this point, an important component of the transcription process, RNA (ribonucleic acid), starts its job as the intermediary used to take genetic information out of the nucleus. First, a molecule called RNA polymerase copies the genetic information. That copy is called messenger RNA (mRNA). Second, messenger RNA leaves the nucleus and binds to a ribosome, the assembly factory for proteins. Ribosomes read the information on the mRNA and construct a protein from amino acids in the cell.

Below is a video showing this process of transcription.

What happens if something goes wrong? Accidental copying errors occur in the billions of cell divisions that happen every day. DNA can also be damaged by exposures to viruses, tobacco smoking, ultraviolet radiation, age, obesity and workplace chemical exposures (like asbestos). DNA-repair enzymes are one of the mechanisms in place to deal with these errors.
One of the most well-known genes, BRCA1, provides instructions for BRCA1 protein. This protein is involved in the process of repairing these breaks in DNA.

In the next post, we’ll look at the new system approach being taken by researchers which combine cytoplasmic signaling and changes in DNA to understand cancer. This system approach is driving the clinical trials and new treatments presented at ASCO 2016.