Why Knowing If Your Cousin Had Cancer Could Save Your Life: Genetics
SIGN IN

Navigation Menu
Home » Blog » Why Knowing If Your Cousin Had Cancer Could Save Your Life: Genetics

Why Knowing If Your Cousin Had Cancer Could Save Your Life: Genetics 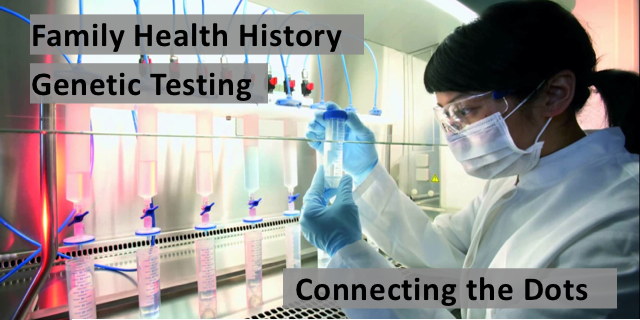 Posted by Kathleen Hoffman on May 6, 2016 in Blog, Breast cancer | 2 comments

You’re in the doctor’s office filling out paperwork.  There are questions to answer about your health, but also about the health of your parents, grandparents and siblings.   You scratch your head, panic a little, then leave lots of blank spaces, hoping the information won’t be relevant to today’s visit.

According to the Surgeon General’s Family Health History Initiative,  only a third of people in the US have tried to gather their family health history.   Yet, in the case of cancer, your health history or heredity, can carry some weight. 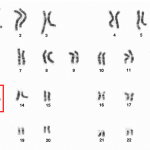 For example, the National Cancer Institute states that research has uncovered over 50 cancers resulting from a mutated gene inherited from a parent.  These are called “hereditary cancer syndromes.”  Only about 5% to 10% of all cancers are of this type.

Sadly  a 2011 study in the Journal of the National Cancer Institute reports that, overall people have difficulty being able to report  cancer diagnoses in their family—they had “low to moderate accuracy”  varying by the type of cancer.  People were better able to report breast cancer, least able to report colon cancer.  The issue was especially troublesome in reporting second degree family members: your grandparents, aunts, uncles, cousins and half-siblings.

Knowing your family health history can inform you and your physician as to whether genetic testing is something you should consider. 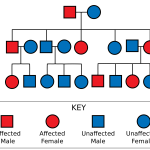 mastectomy, there have been many predictions of increasing use of genetic testing.  In fact, an April 18 publication (via radio and online) of a story “More People Seek Genetic Testing, But There Aren’t Enough Counselors,” gives that impression.  Yet polling data, from 2103 by  Harris Interactive and from 2016 by  Harvard STAT/Harvard T.H. Chan School of Public Health found that the number of people who have had genetic testing at only 8% and 6% of the US population, respectively.

Genetic testing, especially for BRCA1 and BRCA2, costs less and is more available since the 2013 Supreme Court Decision stating that genes could not be patented (in 1996 Myriad Genetics had patented BRCA 1/2 mutations.)  A  plaintiff in this case, Ellen T. Matloff,  Certified Genetic Counselor and President & CEO of My Gene Counsel,  explains,  “When BRCA1 and BRCA2 were first discovered, there were many labs across the country that were offering testing.  Before the patent was overturned, the cost of BRCA testing was $4,000.”

Certified genetic counselors are recommended by the American Cancer Society and the National Cancer Institute to help guide and explain genetic testing. Although the April 18 publication suggests a shortfall in numbers, people in hereditary cancer awareness advocacy disagree. 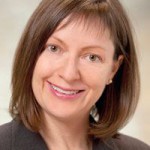 Ellen Matloff is clear, “Patients should not get the message that they cannot see a certified genetic counselor if they need to do so. These professionals are available via phone, if you aren’t able to see a local counselor.”* 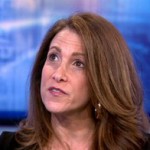 Luck was on Lori M. Berlin’s side when her extended family communicated about their health issues. Lori, a former coordinating producer at ESPN, didn’t know her family in New Orleans until, out of the blue, her father’s cousin, Bernard, reconnected with the New York side of the family.  Bernard had just been told he had metastatic cancer. Testing revealed the cancer originated in his breast: metastatic triple negative breast cancer (TNBC).  Strangely enough, Bernard’s daughter had just fought TNBC, twice.

Yet, “There really wasn’t any reason for me to think that I had the [BRCA] mutation. There wasn’t any breast cancer or ovarian cancer…with the women in my family,” Lori said in an interview.

“I had to fight and fight to get my testing covered. My previous LCIS diagnosis and my dad’s first cousin with male TNBC were not enough. What was so important here was the family history to the genetic counselor.” Lori stated.***   Because of her male cousin’s breast cancer diagnosis, genetic testing was approved.

Lori has the BRCA2 mutation.  After disclosing the news to her family, both her parents were tested:  she inherited the BRCA2 mutation from her father.   Lori had preventative mastectomies and she believes, “Had I not known about a male with breast cancer (who was negative for BRCA), the genetic counselor wouldn’t have done the test. That’s why I say Bernard saved my life. Pathology showed I was going to get breast cancer in both breasts!” ***

Because her family shared their health history, Lori has been able to take precautions so that her risk of getting breast or ovarian cancer has been significantly reduced. Today Lori is an activist for the Male Breast Cancer Coalition. 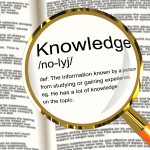 Knowledge is power.  It may seem hard, but getting in touch with family members and sharing health information saves lives. There is an online tool at https://familyhistory.hhs.gov/ that can help you through the process. The website also provides a list family members to ask about health issues and questions to ask them. Take a look and let us know what you think.

*Based on personal communication with Ellen T. Matloff,  April 2016

**Based on personal communication with Amy Byer Shainman, April 2016

***Based on personal communication with Lori M. Berlin, November 2015