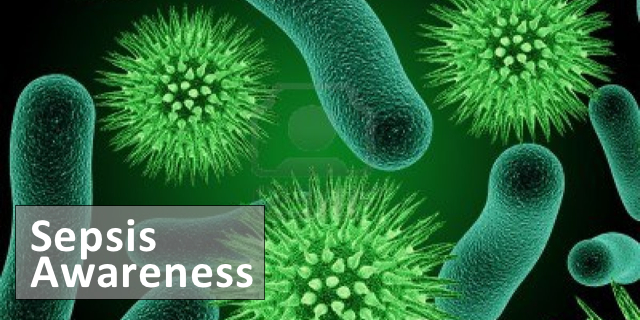 Recent stories from the  Sepsis Alliance website are alarming.  People are healthy one day, feel crummy the next, then either die, or spend a long time in ICUs to survive with “life changing challenges.”

For example, Elden Bailey (age 47) told his sister one Friday that he “didn’t feel too good.” Two days later, he was admitted to ICU and died 7 days later.

How could this happen in a time of antibiotics and IVs?  Sepsis is complicated and treatment is time-sensitive.  A recent article in The Lancet stated, “Despite…hundreds of clinical trials…tens of thousands of patients, and…hundreds of millions of dollars, not one…novel drug has come to…market and…[been] incorporated into routine clinical practice.”

Anything from appendicitis to a scraped knee can lead to sepsis. This is because any infectious organism can start a systemic inflammatory response syndrome (SIRS). Toxins produced by the foreign organism cause white blood cells to release cytokines which cause blood vessels to dilate, releasing fluids which causes swelling.  Normally,  this reaction is limited.  With sepsis, the response is systemic.  Blood pressure decreases. Blood clots in organs, impairing blood flow to organs. The effect cascades to damage tissue until organs fail.  Death follows.

Sepsis is diagnosed by symptoms, not by the organism that triggered it.  The stages are mild, severe and septic shock.  Diagnosis requires two of these symptoms:

Severe sepsis occurs when an organ begins to fail. If you have one of these symptoms (along with two from above) you could have severe sepsis.

Septic shock occurs with the above symptoms and low blood pressure.

Recognizing What Is Sepsis

This anagram will help you recognize sepsis.

“Shivering, fever or very cold”
“Extreme pain or general discomfort (worse ever)”
“Pale or discolored skin”
“Sleepy, difficult to rouse, confused”
“I feel like I might die”
“Short of breath”

For any combination of these symptoms, call 911 or get to the hospital.  Say, “I AM CONCERNED ABOUT SEPSIS.” It could save a life.