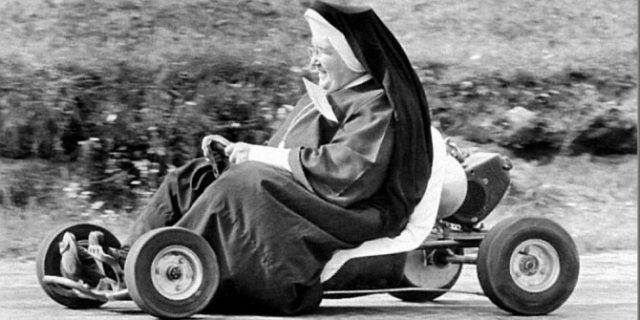 Do you keep losing your keys?  Are words staying on the tip of your tongue a few moments longer than they used to?  Should you be concerned?

A recent study suggests that people with type 2 diabetes may suffer from brain loss in some important parts of the brain.  However, there are many studies that describe protective activities, or even generative activities, that is, activities that increase the number of brain cells and neuronal (brain cell) connections (synapses).

A notable example is The Nun Study that suggests that positive changes in lifestyle might help to maintain your cognitive abilities.  The Nun Study is a longitudinal study started in 1986.  A group of nuns took a battery of cognitive tests on a yearly basis.  They also donated their brains to science.

The Nun Study confirms the importance of being physically active as you age.  Physical activity, like walking four times a week, improves blood flow to all of the body, including the brain.  Being physically active has been shown to increase the blood flowing to your hippocampus, the area of the brain that is responsible for memory.   In fact in one study of older adults who participated in aerobic fitness training, compared to older adults doing nonaerobic (like stretching and toning), there was a significant increase in volume of both gray and white matter for those undergoing aerobic training.

The Nun Study had other interesting ideas for staving off brain matter loss.  For example, folic acid intake may help.   Since stress may have a negative impact on the brain, the findings of the nun study suggest that positive emotions and the social support of a community may be beneficial.

And we always hear about the developing child’s brain, its flexibility and ability to learn easily.  It turns out that the adult brain also has neural stem cells and is able to generate new neurons throughout life.  Again, the nuns who showed loss of gray matter but not loss in cognitive function, demonstrated early language ability and kept on learning throughout life, doing puzzles, actively reading and making efforts to continue using their brains. So, it’s time to take more courses, read more actively, play more scrabble, try more crossword puzzles, take more walks and engage your children or others in video games.  Or you could be like the surfing nuns of NJ who may not really surf, but sure know how to have a good time….All to keep your brain healthy!  With that much fun, who wouldn’t have positive outlook on life?