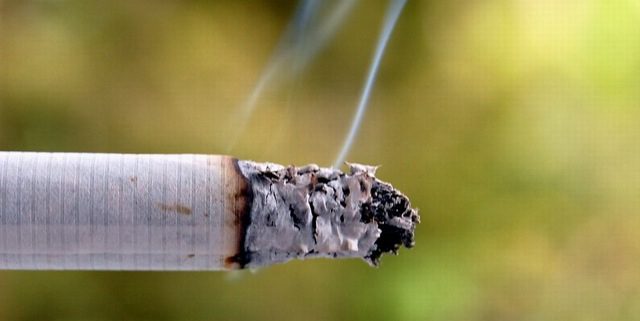 Almost 10 years ago, secondhand smoke was determined to be a Group A carcinogen by the US Environmental Protection Agency (EPA).  Since then evidence has grown supporting this classification.

The reasoning is based on the content of secondhand smoke (SHS).  SHS is a mixture of fine particles and over 50 chemicals that are known or probable cancer causing agents and toxic irritants for both humans and animals.

Study after study confirms the risks for non-smokers exposed to secondhand smoke.   Reviews have shown that even brief exposures can affect the lungs in adverse ways.

With indoor smoking banned in many places, you’d think that secondhand smoke would be less of a problem.  Unfortunately, it’s just moved the problem outside and has increased the levels there.  Even when moved outside to terraces, hospitality workers, like waiters, may be exposed to levels high enough to be dangerous.

When Smoking is Allowed in Hotels and Apartments

New research suggests that even non-smokers who stay in non-smoking rooms at hotels without complete smoking bans may be at risk to exposure to SHS.  Another recent study looked at multi-unit buildings, like apartment buildings, that allow smoking by tenants.  Their findings suggest that SHS may seep into other non-smokers’ homes, even when non-smokers report that they don’t smell smoke.

Now researchers are studying what they are calling third hand smoke (THS).  What is third hand smoke?  Jonathan Winickoff, MD, working at the Dana Farber Cancer Institute, coined the phrase in 2009.  Third hand smoke is the nicotine and other chemicals left on a variety of indoor surfaces. This chemical deposit seems to react with common indoor pollutants like nitrous oxide, creating a toxic mix as it ages.  That mix clings to many surfaces–clothes, hair, bedding, the inside of cars–even after smoking has ended.

THS may contain cancer-causing substances, posing a possible health hazard to non-smokers who may be exposed to it, especially to children.  It is present even after cleaning, opening windows, using fans or air conditioners or even keeping smoking to just one room.  Exposure comes from inhaling, touching or swallowing these toxins.  In a recent experiment human cells were put in contact with THS and the DNA of the cells was later evaluated.  Damage to the DNA of those cells occurred.

This early research is part of a continuing effort by researchers to understand the effects of cigarette smoking on smokers as well as non-smokers.

What do you think still needs to be done to reduce the risk of smoking to non-smokers?