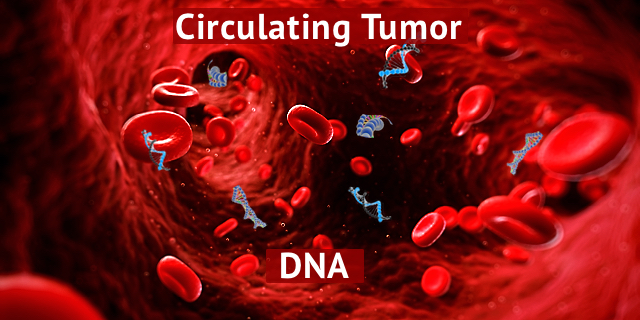 Posted by Kathleen Hoffman on May 18, 2019 in Blog, Colorectal cancer | 1 comment

A recent article in the Journal of the American Medical Association-Oncology (JAMA) contains an exciting strategy (made possible again by all the work of the Human Genome Project) for treatment decision making and finding recurrences earlier for those diagnosed with colorectal cancer.

Colorectal cancer is the third most common cancer. Treatment involves surgery and, for some patients, chemotherapy. A recent study from Denmark looked at tumor DNA circulating in the blood of patients. Here’s what happened.

To do this testing, the researchers had each patient’s tumor sequenced and chose 16 genetic variants to search for in the blood of each patient. If the patient had two of those variants from their tumor in the blood, their blood was deemed positive for the circulating tumor DNA. During the three years, none of the patients or researchers or clinicians knew the blood test results. Throughout, patients received the standard care as treatment for their cancer.

At the end of the three years, the patients’ records of their care were matched with the data from their bloodwork. Comparisons were made between outcomes, like recurrence of the cancer, and the presence or absence of the circulating tumor DNA in the blood.

Second, they looked at the circulating tumor DNA 30 days after surgery. They had that data for 90 patients and 89 percent 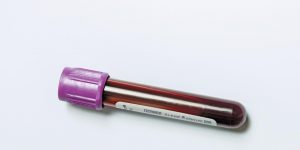 of those patients were negative for circulating tumor DNA after the cancer had been removed during surgery.

The research found that the blood test was able to detect a recurrence of the cancer 8.7 months prior to the recurrence being found on CT scan. The patients blood actually showed increasing amounts of the tumor DNA while the patients waited for the CT scans to find the recurrence. Researchers looked at the tumor sequencing in the patients whose blood showed that they had disease prior to radiological detection and they found that in 64 percent of the patients, their blood work identified mutations that could have been targeted by treatment earlier.

This research showed that blood work for tumor DNA can be used to identify the people who are at risk for recurrence and who need to be treated with chemotherapy immediately after surgery. It also can be used to monitor the chemotherapy effectiveness and to decide to change or extend chemotherapy. This test can detect recurrences earlier and also identify mutations that can be targeted for treatment. Using circulating tumor DNA blood work to make decisions – as opposed to the present use of staging and clinical risk factor evaluation – seems to be a no-brainer. As the authors or the article put it, “Our results suggest many potentially paradigm-changing clinical applications” using this to guide colorectal cancer treatment and disease management.