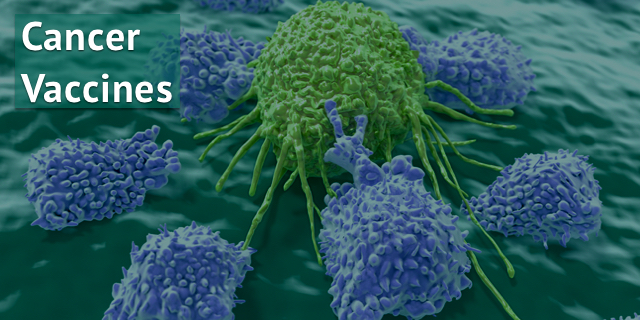 When I think of vaccines, I think of the MMRV (measles, mumps, rubella and varicella) vaccines which help our bodies establish immunity against diseases that used to kill.  Now, there are vaccines being created for cancer.

The rise of cancer vaccines 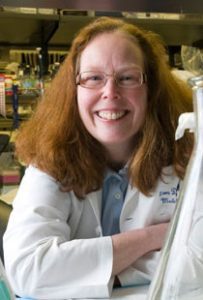 According to Dr. Nora Disis, an oncologist and researcher in cancer vaccines at the University of Washington, cancer vaccines are needed because “when we [researchers] looked at the immune responses that patients had against their cancer, we found out that immunity was very, very minimal.” In a recent interview on PBS, she explained, “If you look at an immune response you’d have to an infectious disease antigen, let’s say, your tetanus shot, you probably have about 1 in 9,000 of your circulating white blood cells that could cure tetanus. But if you looked at cancer patients, only about 1 in 100,000 of their circulating white blood cells would be a cell that could recognize and attack their cancer.”

There are two types of cancer vaccines, preventative and treatment vaccines. Preventative are like the MMRV. They are meant to build immunity before you are exposed to a virus or before you get cancer. The ones that are available are the HPV (human papillomavirus) vaccine that prevents cervical cancer and the Hepatitis B vaccine which prevents liver cancer.

Treatment vaccines treat the patient after they have already gotten cancer. There is one treatment vaccine available at this time; it is called Provenge and is for metastatic castration-resistant prostate cancer.

According to Dr. Disis,  stimulating the immune system to get the circulating white blood cells that recognize your cancer proteins to a higher level, maybe 1 in 10,000 or even 1 in 5000 in the blood is one of the goals of cancer vaccines.

More treatment vaccines are beginning the clinical trial process. One was announced in April, 2018. Researchers at the University of Pennsylvania, published the results of a stage I clinical trial (stage I checks for safety) in patients with advanced ovarian cancer. The cancer vaccine passed the safety test. But it also showed positive results for about half the patients that were treated. The patients who responded to the vaccine lived longer without the cancer progressing. One person, after receiving the vaccination for two years, has been disease-free for another five years.

For this vaccine, the researchers harvested the patients’ blood for suitable dendritic precursor cells. Dendritic cells are

a type of immune cell whose function is to act as a messenger, presenting antigens to T-lymphocytes and thus starting the immune process.

This very personalized vaccine is somewhat like the strategy used to successfully cure the first patient of breast cancer. In a previous post (In the News: Tumor Infiltrating Lymphocytes and Breast Cancer),  Judy Perkins’ successful cure of breast cancer occurred through Dr. Steven Rosenberg’s strategy of working with tumor infiltrating T-cells. The tumor infiltrating T-cells are harvested and grown, then injected back into the blood stream to attack the tumor. Other researchers have been trying a different tactic.

At Stanford University, a less personalized strategy may be available.  The approach is to leave the tumor infiltrating cells in the tumor and inject the tumor with something that stimulates them to grow in place. In January 2018, researchers announced the results of the study conducted on mice. The mice had a range of different types of cancers. Their cancers were injected with a Toll-like receptor (TLR9) ligand and anti-OX40 monoclonal antibody. A TLR9 ligand recognizes and responds to nucleic acids. The anti-OX40 monoclonal antibody activates receptors on T-cells to start the proliferation of effector T-lymphocytes (the immune cells that kill cancer cells) and T-memory cells (the ones that remember the cancer cells).

Not only did the injected tumors disappear, but tumors all over the mice’s bodies disappeared.  Now a phase I clinical trial is being held at Stanford University for patients with Low-Grade B-Cell Non-Hodgkin Lymphomas to test the safety of this vaccine.

For Dr. Disis, who has worked on vaccines for the last 20 years, it is an exciting time.  “In the last 3 years the fact that immunotherapy- using your own immune system to attack your cancer- is now standard of care treatment… is astonishing. These type of new therapies are associated with so much less toxicity than we see with standard chemotherapy and they are resulting in very prolonged survival, even patients with metastatic disease, survival defined in years, not in weeks.”

Dr. Disis identified three reasons that the immune systems therapy is better than other types of treatments.  “Number one, if you stimulate it in the right way, it’s permanent. It will be with you forever. It will be like a constant chemotherapy. Number two, it’s specific:  chemotherapy will attack all fast growing cells, T-cells only recognize their own immunogenic proteins so you have very few side effects to the therapy. And three, T-cells can crawl out of the blood stream and go wherever the tumor is. Whether it’s in the bone, whether it’s in the brain, whether it’s in your liver, they’re programmed to actually leave the blood stream, go to where their antigen is and divide and kill, kill, kill until there’s no more of that protein left. So there’s no more of that cancer left. So the immune system is the way we can eradicate cancer and I think we have finally cracked the nut to figure out how to do that.”

To see how T-cells kill cancer, take a look at this short video.