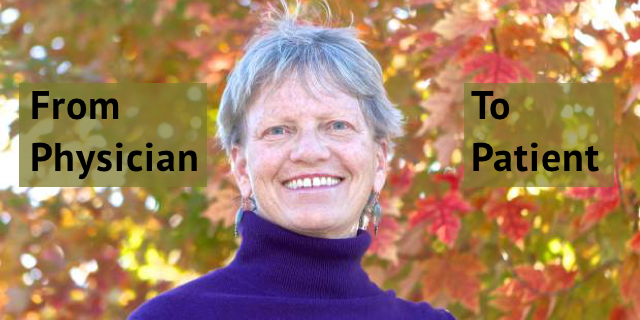 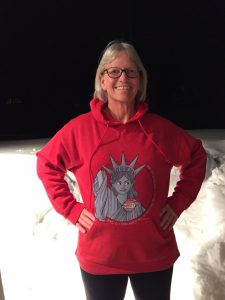 Dr. Kelly Shanahan attended the University of Virginia Medical School, graduating in 1987. Her residency at Temple University in obstetrics and gynecology ending as a chief resident in 1991.

After practicing for a short time in Pennsylvania, she moved to California spring of 1994 “seeking a more ‘laid back life.'” She set up a private practice in Lake Tahoe that she called the Woman to Woman Center, met her husband that summer and married in January 1995.  During her residency, Pennsylvania and California practices, she delivered almost 10,000 babies.

In a email interview, I asked Dr. Shanahan to share some of her experiences delivering babies. Here’s what she said:

“I remember when I decided to become an ob/gyn: it was late in my third year of medical school at the University of Virginia and I was on my required ob/gyn rotation, but was thinking I’d probably go into general surgery.  I hadn’t been able to do much as the deliveries that happened when I was on call were too complicated to allow a med student to get her hands on them. A woman came in in labor with her fifth child, everything was textbook, and the resident said, ‘this one’s all yours.’  When she pushed that baby into my hands, I was hooked; it was the most amazing thing, and I knew then that the combination of medicine, surgery, and delivering babies that a career in ob/gyn afforded was perfect for me.

I have had some dramatic experiences, like the time I was moonlighting at a community hospital as a third year resident and a woman waltzed in, high as a kite on crack, no prenatal care, and announced she was ‘7 month.’ A quick bedside ultrasound showed not one, but two, premature babies (she was right about the ‘7 month’ part!). I had the nurses call the transport team for premature babies, my attending [Shanahan’s supervisor], and the anesthesiologist.

Before they arrived, she pushed out baby #1, then the placenta detached and was in front of baby #2. I had no time, and had to start the emergency c-section by myself, using IV sedation and local anesthetic. As I pulled out baby #2, the transport team arrived (whew!), the anesthesiologist arrived and put the patient under general anesthesia, and I returned to removing the placentas, only to discover there was baby #3!!

But, the ordinary deliveries are the ones I cherish, the ones where a couple turned into a family. It was a privilege to be the first person to hold a newborn, and place him on mom’s chest, or hand her to dad.”

Shanahan’s first condition that impacted her experience as a physician was a series of miscarriages. After years of trying, she had a daughter, Hunter. Then in 2008, when Hunter was only 9 years old, she faced a diagnosis of breast cancer. I asked how her experiences as a patient informed her practice as a physician:

“As an ob/gyn, I’ve diagnosed breast cancer by palpating suspicious lumps. I’ve had to tell patients that their mammograms are suspicious for cancer, and I’ve had to convey pathology reports confirming cancer to them.

Before I was diagnosed with cancer, I focused on action: this is what’s happening, here are the next steps, this is who you need to see, these are the options the surgeon is going to discuss. After my early stage diagnosis, I did these same things, but first I said, ‘I understand what you’re feeling. This sucks.’ 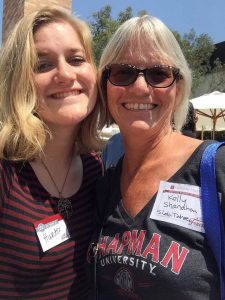 In 2016, the year her daughter graduated from high school, Dr. Shanahan retired from private practice.  In an interview for her local paper she said, “What I’ll miss most about closing my practice are my relationships with the patients… My patients are now my friends, I’ve seen many of them for the whole 22 years.”

But three years prior to leaving her practice, Dr. Shanahan was diagnosed with metastatic breast cancer.  In our next post, she will share her breast cancer story.