Can Video Gaming Build Resilience? You Decide... - Medivizor
SIGN IN 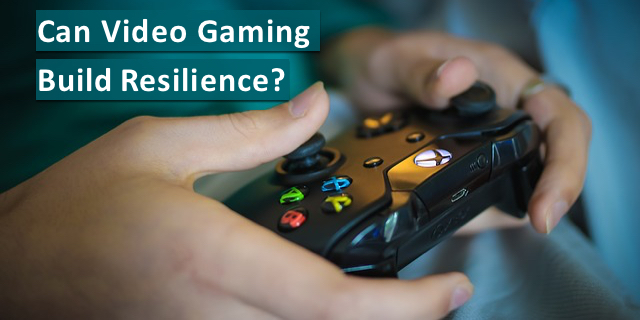 In the aftermath of Hurricanes Harvey and Irma, a recent news story discussed the mental health consequences of disasters. Researcher Jean Rhodes of University of Massachusetts Boston studied the mental health of young parents living in New Orleans before and after Hurricane Katrina. RISK- Resilience In Survivors of Katrina is the project’s name. An important finding of the research was that many survivors found new strength from the experience: they underwent what is called post-traumatic growth.

Post-traumatic growth is a term defined by Richard G. Tedeschi and Lawrence G. Calhoun in 1995 as

“the experience of positive change that occurs as a result of the struggle with highly challenging life crises. It is manifested in a variety of ways, including an increased appreciation for life in general, more meaningful interpersonal relationships, an increased sense of personal
strength. challenged priorities, and a richer existential and spiritual life.”

In Nuns and Gaming: Boosting Brain Power we explored the evidence behind using video games to waylay losses in brain power.  In her TED talk, Jane McGonigal proposes that video games can do more.

During her talk, McGonigal counters what she calls the pervasive idea that video games are a waste of time. She believes that games can actually be used to get post-traumatic growth without the trauma.

“There are four kinds of strength, or resilience, that contribute to post-traumatic growth, and there are scientifically validated activities that you can do every day to build up these four kinds of resilience, and you don’t need a trauma to do it.”

The strengths that she wants to build are

Check out her TED talk to learn how you can increase these four strengths. Then try the game, Super Better, she created to help her face severe depression from a head injury.

Share your thoughts with us in the comments section below.