What does “Breakthrough” or “Miracle” Mean In Health News?
SIGN IN

Navigation Menu
Home » Blog » What does “Breakthrough” or “Miracle” Mean In Health News?

What does “Breakthrough” or “Miracle” Mean In Health News? 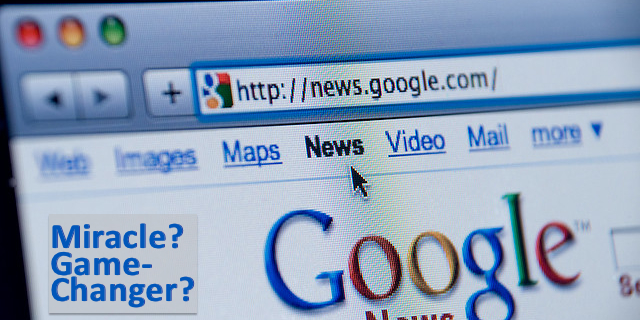 “Whether they realize it or not, journalists reporting on health care developments deliver public health messages that can influence the behavior of clinicians and patients.” ~Susan Dentzer 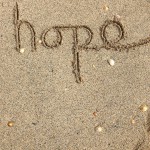 Hope is powerful. It should be treasured and protected. It keeps humans moving forward, despite enormous obstacles. This is especially true for people with chronic conditions and cancer. Hope keeps you going, despite the odds.

That’s why Vinay Prasad, MD, MPH, of Oregon Health & Science University in Portland, and Matthew V. Abola, at Case Western Reserve University School of Medicine, did a quick and dirty assessment of health news between June 21st and June 25th. They shared their results in a letter to JAMA Oncology.  Their content analysis revealed that 94 news articles on cancer treatments used the words “breakthrough,” “game changer,” “miracle,” “cure,” “home run,” “revolutionary,” “transformative,” “life saver,” “groundbreaking,” and “marvel.” Forty-seven of the articles used these words to discuss drugs that hadn’t even been approved by the FDA.  Fourteen percent used these words on drugs that have only been tested on mice; not humans.

In an interview with NPR, Prasad explained his experience as a practicing oncologist. Patients come into his office asking if a “breakthrough” or “miracle” drug they’d seen in the news would help them. “You don’t want to say ‘No, forget about it,’ ” says Prasad. “We want as oncologists to foster something called reasonable optimism, reasonable hope.”

Writing that sensationalizes can raise hopes–only to dash them again and again.

Webster’s defines “breakthrough” as “an important discovery that happens after trying for a long time to understand or explain something.”

The FDA is now using the word “breakthrough” on a regular basis but with a different meaning. Since July 9, 2012
“A breakthrough therapy is a drug:

• intended alone or in combination with one or more other drugs to treat a serious or life threatening disease or condition and
• preliminary clinical evidence indicates that the drug may demonstrate substantial improvement over existing therapies on one or more clinically significant endpoints, such as substantial treatment effects observed early in clinical development.

If a drug is designated as breakthrough therapy, FDA will expedite the development and review of such drug.”

In other words, a “breakthrough” therapy is a designation given to a drug by the FDA to hurry up its approval process. This designation is NOT the same as the everyday definition of “breakthrough.”

The Importance of a Word

Prasad and Abola aren’t the only ones wondering about the word “breakthrough.” In a survey conducted in June 2014 and published in JAMA Internal Medicine, researchers created 5 vignettes to describe a recently approved drug. One was a “facts only” description where no use 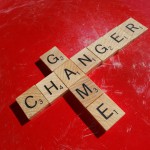 In other words, using “breakthrough” and “promising” may interfere with a readers’ judgements.

The FDA’s use of the word “breakthrough” may be adding to the problem.

Fallout of Simplified and Exaggerated Reporting

Some journalists are reviewing their mistakes. On January 2, 2015, Jennifer Couzin-Frankel wrote an article for Science titled, “The bad luck of cancer.”  The piece was supposed to explain a mathematical analysis, conducted by Bert Vogelstein and Cristian Tomasetti of Johns Hopkins University, that clarified how cancer starts.

In her explanation, Couzin-Frankel wrote that the researchers’ analysis of the “genesis of cancer …suggests many cases are not preventable.”  Specifically, her article said that “2/3 of all cancers were caused by bad luck.”

After seeing her January 2 article, Tomasetti told her:  “We did not claim that two-thirds of cancer cases are due to bad luck.”

“I’d written that the theory of random mutations in stem cells ‘explained two-thirds of all cancers.’ Immediately, I knew that I had written part of that sloppily, to put it generously: [emphasis added] The study didn’t include all cancers. In fact, it didn’t include two of the most common, prostate and breast, because the authors weren’t able to pin down the size of the stem cell compartment or the frequency of stem cell divisions in those tissues.”

Unfortunately her mistake has gone viral. Entering “2/3 of all cancer cases are due to bad luck” into the Google search engine generates over 1,420,000 search results.   In the Internet age, errors proliferate.

The Complexity of Health and Health Research

Susan Dentzer in her 2009 article in the New England Journal of Medicine points to the problem of journalism education. It may be that these writers have too little education to 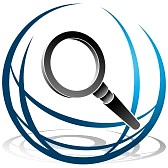 understand some of the nuances of health research or for that matter, statistics. Couzin-Frankel, herself, inferred a lack of statistical understanding in her follow-up article.

The problem may also have to do with a desire to package complicated information into sound bites. Or it may have to do with the importance placed on “news being new.” Newness gets the front page, or the first story in the news program.

Apparently, researchers and physicians may also be attempting to increase their visibility.  For example, in Prasad and Abola’s content analysis, although journalists were the most likely to use “superlatives,” 27% of the physicians also used them.

“I believe that when journalists ignore complexities or fail to provide context, the public health messages they convey are inevitably inadequate or distorted. The news media need to become more knowledgeable and to embrace more fully our role in delivering to the public accurate, complete, and balanced messages about health.”

The Importance of Questioning

An Issue of Trust

The question remains, should patients and caregivers be burdened in this way?  Indeed, exaggerating hope through misrepresentation to sell news debases the work of physicians, nurses, patients, caregivers, and researchers–those individual heroes in the healthcare system. If healthcare news cannot be trusted, what can people rely upon?  Is building up and shattering the hope of patients and caregivers really worth the short-term benefit of the front page?  These are questions health journalists and editors need to ask themselves.

Hope is our light in the darkness-a fragile, yet precious glow. 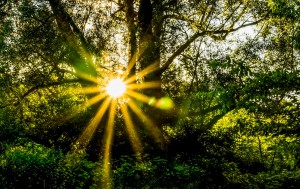