After Robin Williams' Suicide: 5 Prescriptions for Change - Medivizor
SIGN IN 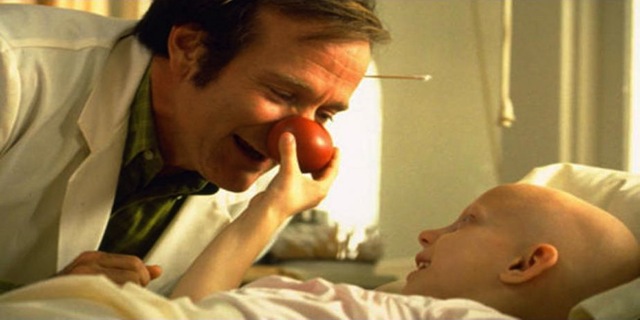 Losing The Man Who Helped Us Laugh

The news that beloved actor and comedian Robin Williams killed himself should jar us from complacently accepting the status quo of mental healthcare in the US.   His suicide also exposes the stigma of mental illness.  In 2006, during an interview on “Fresh Air,” Williams’ responded to Terry Gross’ question about his struggles with addiction and mental illness this way:

“I volunteered to be on the cover of a — I think it was Newsweek, for their issue on medication. … And when the guy said, “Well, do you ever get depressed?” I said, “Yeah, sometimes I get sad.” I mean, you can’t watch news for more than three seconds and go, “Oh, this is depressing.”

And then immediately, all of a sudden, they branded me manic-depressive. I was like, “Um, that’s clinical? I’m not that.” Do I perform sometimes in a manic style? Yes. Am I manic all the time? No. Do I get sad? Oh, yeah. Does it hit me hard? Oh, yeah.” ~Robin Williams

After his suicide by hanging, this statement  is poignant, disturbing and terrifying.  What can be done to prevent others from Williams’ fate?

Increase Awareness that The Brain is An Organ Like Other Organs

Brains are organs, like stomachs and hearts.  The brain gets sick the way other organs of the body get sick. Illness of the brain is not “made up” nor is it caused by “wrong thinking.”   In fact, the brain can even be affected by the flu.  Mild depression and anxiety are a common response after illnesses like the flu.

Research on brain illness is in its infancy, but there are innovative efforts to increase funding.  The Staglin family has been instrumental in starting initiatives for funding such research.

The International Mental Health Research Organization IMHRO and One Mind are two of their initiatives to increase funding.

Often cost and insurance coverage interfere with people obtaining the care that they need. The hope is that the Affordable Care Act will lessen this barrier to care. However, for people with treatment resistant depression or other resistant illnesses, new  treatments are needed. Additionally, a new incentive must be implemented to encourage pharmaceutical companies to produce medications that may not be profitable but are in fact needed.

According to 2010 government statistics 60 percent of Americans with mental illness did not get treatment during the preceding year.  The reasons that were stated included concerns about being able to pay for it, uncertainty as to where they should find treatment and  concern that others would find out about getting treatment.

For people with other chronic illnesses, depression may creep up without warning. As Marie Ennis-O’Connor eloquently states,

“Like cancer, depression is a complicated illness and not easily labelled; not that this fact will stop people who have no experience of the illness making ill-informed and misguided comments. There is still a lot of misunderstanding about the nature of depression as evidenced by those commentators who express surprise that someone who “had it all” would throw it all away. The English actor Stephen Fry, himself no stranger to depression, has spoken about how it isn’t a straightforward response to a bad situation:  “depression just is, like the weather”.

Depression arrives like a stealth bomber out of the blue for many cancer survivors – unexpected feelings of depression and loneliness can surprise us after treatment is finished. Cancer survivor Lara Huffman captures this so well on her latest blog:

“Depression hit me after cancer treatment, which caught me by surprise. I had never experienced depression before. For a long time, I kept thinking I could will myself out of the despair I felt. I couldn’t understand why I felt the way I did after treatment, like I just went through hell, so why couldn’t I escape it?”

Of the 20% living with a mental illness, many have not received any treatment largely due to the stigma.

Perhaps it is not correct to speculate on Williams’ decision to kill himself, but he did make that decision, and took the step that would arguably never be taken by someone in his right mind.

Was he in denial about having mental illness?  Again, it is not correct to speculate. However, we do know that the stigma surrounding any discussion of mental health leads to people denying and hiding their experience. This is wrong!  Sadly, the world has lost yet another wonderful, glowing life, someone who brought happiness to many.