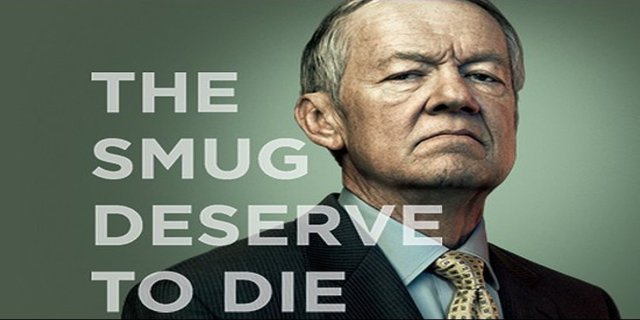 Many With Lung Cancer Never Smoked

There’s a movement afoot–energized by parents, children, brothers, sisters, sons and daughters– to change the language of cancer prevention.  Why?  Because the number 1 cancer–lung cancer– is the least funded, is often caught late and has a very poor prognosis.  And by the way, lots of people who get lung cancer have never smoked.

Lung Cancer Is Leading Cause of Cancer Deaths

For both men and women, lung cancer is the leading cause of cancer deaths in the United States, claiming more lives each year than colon, prostate, ovarian and breast cancers combined.  While a majority of those who get lung cancer either smoke or smoked in their past, there’s still a sizable group that never did smoke.  Those never-smokers are stigmatized because they are indeed the minority of those with lung cancer. BUT even this minority is a very large group of people.  For non-smokers, lung cancer is among the top 10 fatal cancers in the US.  In fact, every year, about 16,000 to 24,000 non-smoking Americans die of lung cancer. To put this in perspective, that’s roughly half the number of people that die of traffic accidents.

The estimated number of never-smokers worldwide who get lung cancer is between 10% and 25%.

The Stigma of the Lung Cancer Diagnosis

If someone hears of someone else who has lung cancer, the first question they ask is: “Did they smoke?” That’s a stigma!

The impact of the stigma of getting lung cancer in our society is enormous.  Guilt, shame, anxiety and depression are found in people diagnosed with lung cancer.  Dr. Westmaas, writing for the American Cancer Society (ACS) states that there is a need to “educate others that many factors can lead to lung cancer and that blaming people for their disease may actually make it harder for them to cope.”

However, another huge impact of the stigma that lung cancer has in the US as a “smoker’s disease”  is a lack of funding.  WTFCancer was started by the daughter of non smoker, Leslie Lehrman, who was diagnosed with lung cancer.   Media professional, Jennifer Windrum, came up with the WTF for Where’s the funding for lung cancer?  It has raised over $35,000 in the  SMAC Sock Monkeys Against Cancer Campaign and the WTF Cancer tagline has gotten her mother’s story much visibility.  Windrum conducted an interview with the CMO of the ACS, Dr. Otis Brawley.  In a post about this interview she said,

“The American Cancer Society has stood by silently for decades as federal funding for lung cancer research was shortchanged year after year after year.

Its persistent references to lung cancer as the only “preventable” cancer reinforced the stigma and justified the underfunding of lung cancer research. Why spend money on research if smoking cessation will end lung cancer?  (ACS CMO Dr. Otis Brawley told me during our two hour phone interview that “Lung cancer is the only cancer I can tell you there is a cause for it.”)”

Another fundraising group started by a non-smoker with lung cancer is the Bonnie J. Addario Lung Cancer Foundation.  Jill’s Legacy, a sub entity of this foundation was started by the close friends and loved ones of a 22 year old college student athlete who died of lung cancer.   On their website they feature 6 year old Gabby Wilson who lost a lung to lung cancer.  She is quoted to have said, “I didn’t even smoke”–A pervasive stigma indeed.

Lung cancer has a high mortality rate.  One reason is that it is difficult to catch early.  According to radiation oncologist Dr. Matthew Katz, “Our ability for early detection is poor and earliest symptoms are pretty silent or nonspecific. ” Twenty-five percent of people who are diagnosed have no symptoms at all: the cancer is first discovered on an X-ray.   In others, coughing or shortness of breath are ignored or believed to be symptoms of flu or allergies. Often when symptoms become more severe, the cancer has spread.

Currently, most people are diagnosed with lung cancer at stage 3 or stage 4.  In August 2011, Jessica Rice had a little cough—‘nothing to worry about’–and a low grade fever that kept her out of work a couple of days. By early October the cough became “productive.”  She did what any healthy, 30-year-old Vice President of Global Projects at Citi Corporation would do–she went to the CVS Minute Clinic for some antibiotics. Her doctor said she had allergies.

Finally admitted to the hospital November 8th, she relates,  “I left work Friday as someone who just seemed really sick, and by Monday, I was stuck in the hospital… with a mystery illness that wouldn’t get better.  Didn’t know if I would ever get to even go home at that point.”  It took six days of testing to find out she had lung cancer.

Not a smoker, with no family history of lung cancer, Jessica’s diagnosis is an extremely rare cancer called bronchioloalveolar cell carcinoma in the diffuse form. With this form, surgery is not an option.  Her cancer is stage 4.

When she learned her diagnosis, she wasn’t told a prognosis, “I believe… there are far too many variables to give an accurate prognosis,” she says.  “I do ask my specific questions regarding timelines. For example: If I have zero response to this treatment and my tumors continue to grow at the same rate, how long until I succumb to them?” She has written a post in Stanford University’s blog, Scope, about asking these hard questions of her physicians.

She is aware of the facts. In her blog post ‘Lung Lost Love,’ she continues to describe  the terrifying statistics around this disease “The 5-year survival rates for stages IIIa, IIIb, and IV are 14%, 5%, and 1%, respectively.” And she notes that, even if it is caught early, treatment doesn’t result in much improvement—5 year survival rate for stage IIa non-small cell lung cancer is 30%.

Until she lost her hair, in August 2013, she didn’t even look sick.  “People didn’t understand why a normal, younger adult was being pushed around the mall in a wheelchair.  Or why I parked in handicapped spaces.  It was a bit annoying, watching people scan me up and down, trying to figure out my defect…” Jessica states.  “Seth (my fiancé) and I have coined it “the jaw drop” when people find out.”

Since her diagnosis, she has had 6 different treatments including a clinical trial and radiation.  This past June, Jessica had a gran mal seizure.  Fortunately, she received emergency care and survived without severe disability.  Unfortunately, the seizure signaled that something had changed.   Now age 32, Jessica has brain metastases.

“The term bucket list was made most popular by a movie in 2007.  Everyone knows it means that these are the things you want to do “before you kick the bucket.”  “…Never one to blend in to the crowd” she she calls hers My Frog List .  “My Frog List is what I want to do before I croak!”

Learning all that she has endured–and what anyone who is diagnosed with lung cancer endures–brings meaning to the outrage that so many are expressing. Stigmatizing victims of this terrible disease–that they somehow brought it on themselves– is a cruelty beyond measure.

Deanna Hendrickson started an active chat group on twitter called #LCSM for Lung Cancer Social Media. “My beloved mother was diagnosed with Stage IIIb non-small cell lung cancer in early June, 2012,” says Deanna Hendrickson. “I knew virtually nothing about it…was heartbroken, and frankly angry, to learn that over half of those with lung cancer die within a year of diagnosis.”

Deanna is on a mission to educate on this deadly disease. “I was so shocked by my own ignorance that I figured others must be just as clueless,” she says. She learned the terrible stigma of lung cancer, “Mom and I learned first-hand about the stigma of a lung cancer diagnosis (the “did she smoke” factor, as if it’s a deserved disease).”

Sadly the efforts made to dissuade cigarette smoking have had the effect of stigmatizing everyone who gets lung cancer. “I am the first to admit that I once thought lung cancer was a deserved disease. I’ve watched the commercials and read the ads linking smoking with lung cancer.”  Deana has changed her mind, “Smoking cessation and prevention efforts are wonderful… Unfortunately, these programs have… had the unintentional effect of perpetuating the perception that lung cancer patients asked for it. It took much thought and soul searching for me to realize that whether smoker, ex-smoker, never-smoker, no one deserves this awful disease, nor any disease for that matter.”

Exposure to second hand smoke, radon gas, asbestos, heredity and air pollution are some of the causes of lung cancer in non-smokers.

Deana’s determination is based in loss.  She lost her mother just nine months after diagnosis, in March 2013.  “I was [my mother’s] primary caretaker.  She suffered terribly.”  As she mourns she is taking action, “I’m a great believer in the power of people making the choice to do something, anything, to make the world a better place. In Judaism, it’s known as Tikkun Olam (literally “world repair” or repairing the world). That’s my inspiration.”