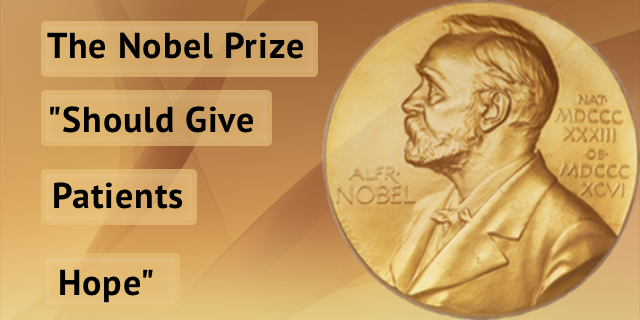 At a press briefing at the International Cancer Immunotherapy Conference in New York, held October 1 just 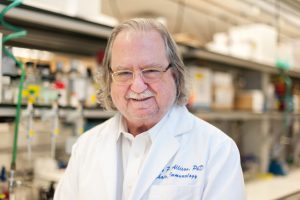 after receiving notification from the Nobel committee, Dr. James Allison said that the prize “should give patients hope because we’ve got things that we know work. If this didn’t work, there would have been no prize.”

This “work” that Dr. Allison refers to is the work he did to understand how to activate T-cells and thus the immune system against cancers.

Motivated by curiosity and his own family history, Allison has worked for decades to figure out T-cells.

Allison lost his mother in 1959, when he was 11 years old, to lymphoma. Two uncles also died of melanoma and lung cancer as well. “I got to see first hand the way radiation therapy that my mother got and chemotherapy that one of my uncles got, how it ravishes the body; terrible, the side effects.”

He learned about T-cells in an undergraduate immunology course at the University of Texas. T-cells had just been discovered so hi professor had one lecture on T-cells.  Allison went to his professor’s office after class and said, “What about these T-cells? And he [Dr. Mandy] said, ‘They just go around the body, go in your tissues, in your blood, in your lymphatic and do stuff, you know.’ I asked, ‘What do they do? How do they know what to do?’ He said, ‘I don’t know. I don’t know if they really exist. I think they’re just 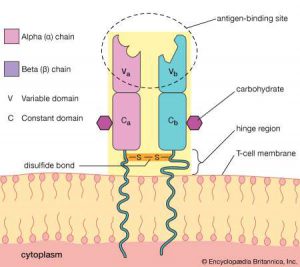 cells that pick up antibodies.’”  This was in the early 1960s.. From then on, Dr. Allison was trying to answer his questions about T-cells.

How do T-cells know what to do?

Antigen Presenting Cells or APC are types of immune cells, like B cells, macrophage, and dendritic cells, that present foreign material to T-cells. In 1982, Dr. Allison  identified how T-cells understand what to do. He found the T-cell antigen receptor (TCR). This is a large molecule on the cell membrane of T-cells that helps T-cells recognize foreign proteins on the surface of other cells. It helps T-cells find viruses, bacteria and cancers. 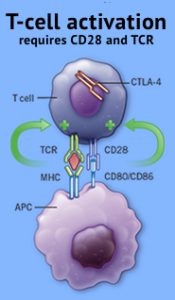 But there is another molecule that must be present to stimulate T-cells to proliferate and act to find the foreign matter. It took another six years to identify the molecule CD28 which is the co-stimulator with TCR activation for T-cell proliferation.D

From there, Dr. Allison conducted more basic research, searching for other molecules in the ‘family’ finally leading to his identification of CTLA-4 in 1994.
He was not the only researcher on the quest. In 1994, two research teams independently established that the molecule CTLA-4 actually inhibits the activity of T-cells: Allison’s group, and one based at the University of California, San Francisco led by Jeffery Bluestone.

Allison describes himself as a basic scientist or “mouse guy.” It wasn’t until 1995 that Dr. Allison made the discovery that earned him the Nobel Prize. Hypothesizing that blocking the action of CTLA-4 could unleash T-cells to attack cancer cells; he set up an experiment with his post-doctoral fellow, Dana Leach.

In the experiment, mice with tumors were injected with a monoclonal antibody designed to block CTLA-4. 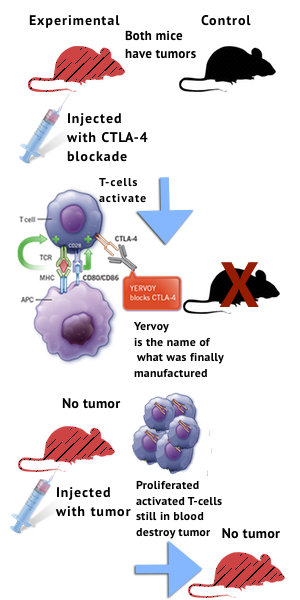 Another set of mice with tumors acted as control. All of the control mice died, but 90% of the injected mice survived.

In subsequent studies, Dr. Allison reintroduce the tumor to these experimental mice. They did not get the tumor again; the mice were protected. Blocking CTLA-4 had long lasting effects.

“I’ve been doing this sort of stuff for years, and I’d never seen anything like that. And I thought, ‘If we could do that in people, this is going to be amazing.’” Allison said in an interview with NPR in 2015.

It took Dr. Allison a decade to get his discovery into the clinic.

Allison went to pharmaceutical companies to produce his therapy. Unfortunately, the scientific community was focused on turning on T-cells while Dr. Allison was suggesting blocking an off-switch. It took until 2009 for Yervoy, the brand name for ipilimumab, to be made available to patients.

Since then there has been a paradigm shift. Dr. Allision’s work has led to the development of a whole class of drugs, called immune checkpoint inhibitors, which are a potent way to treat some cancers. Thousands of people have benefited from his therapy.

Here is a video of Dr. Allison describing meeting one of those patients.