Navigation Menu
Home » Blog » Could It Be Flu?

Could It Be Flu?

Having just experienced the influenza virus, I can vouch for its intensity.  For over nine days I have had fever, cough, body aches, chills, headache and fatigue.  When I finally went to my physician, my blood oxygen levels were below normal.  And I’m still trying to clear my brain from the “peach fuzz.”

The influenza virus is versatile.  According to a recent grand rounds by the CDC, there are four different flu viruses circulating right now: Influenza A H3N2, H1N1 (pdm09), Influenza B Yamagata and Victoria. 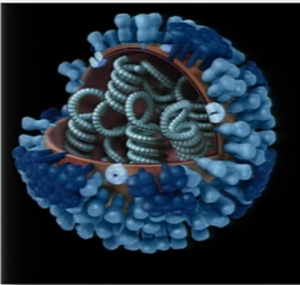 The flu vaccine blocks the action of Hemagglutinin, stopping that protein from attaching to the throat cells. Antiviral medications, like Tamiflu, act to stop Neuraminidase.

This year’s flu vaccine’s coverage has been spotty, according to the CDC.  Apparently the prevalent virus is the type A H3N2, a sneaky microbe that started early (in November), has spread across the US and is still going strong. One reason it is sneaky is that the H3N2 virus evolves more rapidly than any other virus.  This virus strain first came into humans in the pandemic of 1968 in what was called the Hong Kong flu.

Are you wondering if you have the flu or just a cold?  Here is an infographic by the Cleveland Clinic to give you a clue.  If you do have the flu, go see your doctor as quickly as possible.

Finally, a study released just in time for National Heart Month has connected the dots between the stress that the body experiences with influenza and heart attacks.  In fact, the study (published in the New England Journal of Medicine) found that, during the first week following a flu diagnosis people’s risk of having a heart attack was six times greater than the year before or the year following having the flu.   The study also found that other respiratory infections increased the risk of heart attack but not as significantly as influenza.