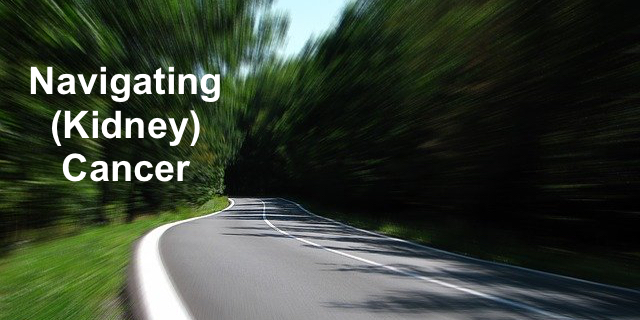 Peggy Zuckerman has been trying to help others diagnosed with cancer but it’s not easy. “One of the hardest things is when patients get information that is old or might be incorrect. Things look far more grim than they need to be. It is important to get people to the right place quickly before they essentially despair.”

When people get a diagnosis, they go to the Internet. “Even organizations like the American Cancer Society are likely to use statistics that are 5 years old based on statistics from 5 years previously,” Peggy said in a recent interview.

Peggy is a mother of five, grandmother of three, former pre-school teacher and now a patient advocate. As a 16-year survivor of metastatic kidney cancer (renal cell carcinoma), she has a lot to tell others facing a cancer diagnosis.

Like many, her journey to diagnosis started with misdiagnosis. She went to an emergency room with anemia; her blood numbers were dangerously low. After treatment, she was assigned a gastroenterologist because the doctors thought she had internal bleeding. An endoscopy and colonoscopy later revealed only a “scabbed over ulcer.” She was sent home with a prescription for iron tablets and instructed to reduce her stress and improve her nutrition.

Months passed with no improvement in how she felt. In January the gastroenterologist took down information on a family history, which included a mother with lupus and an alcoholic father. Without telling Peggy, he assumed she had cirrhosis of the liver. He ordered an ultrasound for a liver needle biopsy that week.

That ultrasound may have saved Peggy’s life. At least it changed the direction of her care. As the technician’s wand scanned over Peggy’s abdomen, something on the right side caught the technician’s attention. Spinning the screen around, the technician stopped the ultrasound and called the gastroenterologist. A CT scan was ordered. Then, “A wall of silence dropped. I could see the CT guys behind the glass wall. They were talking about me, they were very worried but no one was talking to me.” The CT revealed a mass on Peggy’s kidney.

Although she lived in Southern California, Peggy was raised in North Dakota. “We didn’t have a doctor most of the time. If you had ‘big trouble,’ you went to Mayo Clinic. People would say, ‘it’s only 600 miles away – get in the car.'” Knowing she was in “big trouble,” Peggy flew to Mayo Clinic for treatment. There, a urologist with a specialty in renal cancer did a physical. Peggy recalled, “I realized that I had not had a physical exam by the gastroenterologist that I could remember. My urologist asked me, ‘Didn’t your doctor feel this strange lump?’ I said nope.”

After that the urologist asked her what she knew about her scans. She had to say, “I know that I had one, but I don’t know anything.”

Peggy explained, “I think the thing for people to understand is that I am a straightforward thinker. When people say, be sure to ask your questions, they don’t realize that when you hear cancer, you hear death. Your brain goes into non -working mode. Patients don’t know what to ask. I hadn’t even had the wit to ask the doctor, back in LA, how big was the mass?”

Peggy’s tumor was about four inches, the size of a softball. She had metastases throughout her lungs “too many to count.” But she was given a rope to hold onto — her urologist said, “we have a plan for you to manage the metastases,” and she met with an oncologist specializing in kidney cancer.

After surgery to remove the mass, the only treatment, at the time for metastatic kidney cancer was high dose Interleukin-2. “Interleukin-2 is kind of the grandfather of the immunotherapies now,” Peggy explained. “It had been approved for kidney cancer in 1992, now it was 2004—22 years with nothing else.”

Interleukin-2 (IL-2) is normally present in small amounts in the body. It enhances the ability of T-cells to target and kill cancer cells. Boosting IL-2 increases the power of the immune system to eliminate cancer cells.

Today there are many more treatment options available than there were in 2004 and Peggy is involved in letting others know about it. She said, “Get credible information to that person as quickly as possible and let them know that they have time to make a decision, in most cases.” She also warns patients that a red flag is when you hear a doctor say, “this is what I always use” or “don’t worry I got it all.” Patients who accept “I got it all” are the ones that have trouble.

A urologist does the diagnosis and surgery. “But you should request a consult with an oncologist who has experience with kidney cancer,” Peggy tells others.

Since her diagnosis and treatment, Peggy has been giving back. She started a blog, where she has a treasure trove on information not only on kidney cancer but also on navigating cancer within the medical system. She reviews research grants for the Department of Defense and the Patient-Centered Outcomes Research Institute. She is involved with clinical trial design and development as a Patient Advocate for the SWOG Southwest Oncology Group Cancer Research Network. She is involved with the Society to Improve Diagnosis in Medicine as well as many other kidney cancer organizations.

Based on phone interview with Peggy Zuckerman, October 21, 2020.