My Oncologist Doesn’t Believe Food Is Necessary - Medivizor
SIGN IN 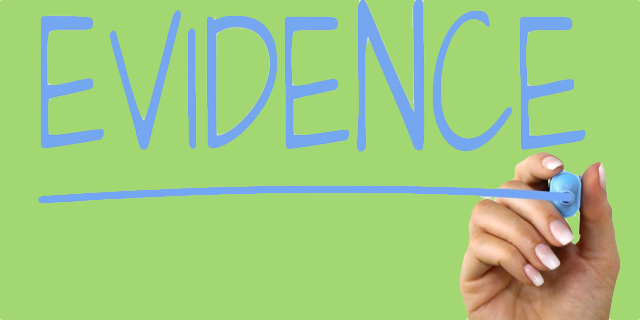 I exaggerate. My oncologist probably does believe humans need food, but I suspect the belief makes him uncomfortable, since no double-blind studies have been done to prove it.

Like many doctors, his general approach to treatment is that if something hasn’t been “proven” it isn’t worth talking about, let alone trying. It’s an idea which might seem reasonable, but it’s very irrational, as I’ll explain.

I start with two questions…

What Is Evidence and How Much Is Enough?

After my cancer diagnosis (throat and neck) I went online to research possible treatments. My doctors quickly shot down anything they didn’t approve of, citing a lack of evidence.

So I looked up the word “evidence” in a dictionary, and found this definition: “The available body of facts or information indicating whether a belief or proposition is true or valid.”

The word “indicating” is very vague, of course, as it should be. Evidence can be strong or weak, after all, and substantial or minimal. If any one piece of evidence always “proved” a proposition to be true; criminal trials would be over very quickly, and a cancer treatment would be universally adopted after one anecdotal success.

That brings me to the first of two things that, in my experience, most doctors get wrong when it comes to evidence:

Many doctors are too closed-minded about what they accept as evidence.

Evidence is evidence, even if it is currently weak or limited. As a concept, though, it seems to be confused with “proof” by many medical professionals.

For example, ellagic acid, found in red raspberries, strawberries, pomegranates, and walnuts, and has been suggested as a cancer preventative and/or treatment. But the prestigious Memorial Sloan Kettering Cancer Center says: “…there is no evidence to support its use for cancer treatment.”

I could continue, because there is even more evidence. But apparently, for many in the medical community “evidence” doesn’t exist until it’s overwhelming. The lack of human trials seems to be the issue here. But whether you want to call it “weak” or “indirect,” there clearly is evidence.

In fact, typically there has to be some evidence to even begin a study. Scientists rarely create random hypothesis and then spend good money testing them.

And think about this:

How would we have any of the treatments we have now if weak evidence wasn’t considered sufficient to at least warrant further investigation, to look for more evidence?

After all, every valid treatment was at some point unproven.

That brings me to the other thing that, in my experience, most doctors get wrong when it comes to evidence:

When evaluating treatments many doctors consider “sufficient evidence” as an absolute threshold that has no relation to the cost and/or risk of a treatment.

In what’s widely considered to be the world’s first clinical trial, Scottish surgeon James Lind demonstrated in 1757 that lemon or lime juice could prevent scurvy. It wasn’t until the 1930s that Vitamin C was shown to be the active agent in the fruit.

Imagine you’re living in the 1600s — before Lind’s experiments — and you see many people getting scurvy. A few people without the disease credit their health to eating limes, so you choose to do the same, and you never get scurvy.

Now imagine a doctor tells you you’re silly to eat limes, because “No double-blind trial has established their effectiveness at preventing scurvy.” You point out that you heard some stories, to which he says, “Anecdotal! Doesn’t mean a thing!”

So do you stop eating limes (and get scurvy)? Or do you calculate that, because limes are cheap and safe, mere anecdotal evidence is enough reason to keep eating them?

I know what I would do (and yes, I did try safe cheap alternative treatments when I had cancer, but that’s a subject for another article).

Some scientists actually argue that “anecdotes are totally worthless.” Hey, I’m pro-science, and I understand frustration with anti-science fanatics, but fanatical statements like that suggest that science is a religion rather than a rational approach to knowledge.

First of all, the nature of anecdotes determines how much (if any) value they have. For example, if four friends try a treatment and all have a positive result, that anecdotal evidence is of greater value than a lone blog post online or the stories of a fanatical alternative practitioner who has something to sell.

Headline: Scientists are not studying whether sleeping upside down cures cancer.

Of course they’re not studying such a bizarre hypothesis, so why do I bring it up? Because it suggests an important question: Why do some treatments get studied by serious scientists? The answer? Anecdotes.

Once hundreds or thousands of people report positive results from this or that treatment — all of which is supposedly “worthless” anecdotal evidence — someone says, “Hey, let’s look at this scientifically.” As often as not, the treatment is proven worthless.

Let’s remember this important point: Every effective medical treatment we currently use worked when it was still “unproven.” To put it even more succinctly:

That’s not a license to believe in anything on the hope that it will someday be proven, but it does suggest that we consider trying things when there is evidence, but before all of the scientific evidence is gathered.

That brings us to the important point here:

The nature of a potential treatment determines how strong the evidence should be in order to try it.

By the nature of the treatment, I’m speaking primarily about the risk and cost. So, for example, I want there to be a double-blind study that proves effectiveness if I’m taking a potentially-deadly drug. On the other hand, if something is cheap and safe, like limes for scurvy or strawberries for cancer prevention, I might accept a few personal testimonials as enough evidence to justify trying it.

That’s where health care professionals get it wrong. Why wouldn’t you try several cheap and safe alternative treatments if there is even weak evidence?

I’m not recommending that you substitute unproven “alternative” treatments for proven conventional treatments.

Depending on the circumstances that might be a reasonable option for non-deadly illnesses, but it’s an approach that can kill you with diseases like cancer.

On the other hand, there are times when it’s appropriate to try non-conventional alternatives for treating and/or preventing cancer. They include:

Which things should you try? I’m not a fanatic promoting a “secret cancer treatment the medical industry is hiding from you.” And I’m not a doctor. But I would (and did) try treatments that meet two criteria:

The second criteria is important to those of us with limited resources, but everyone has some limit to their financial resources, so, given two treatments with similar levels of evidence for them, it makes sense to start with the ones that cost less.

You Have to Judge the Evidence

Yes, it’s a heavy responsibility to make big medical judgments yourself. It would be nice to simply trust your doctors to do all the right things. But (in my opinion) that’s largely a fantasy scenario. If nothing else, you have to use your judgment to choose the right doctors.

My wife has a friend who had breast cancer, and whose doctor has told her (after successfully treating the cancer) to never again eat sugar. My oncologist says that, other than eating a healthy diet in general, it’s irrelevant which specific foods are eaten.

They might both be great oncologists, providing the best specific treatments, but one of them has to be wrong about the sugar thing, and preventing a recurrence of cancer is a serious matter. More than that, it’s silly to think that your doctor will be right about everything.

By the way, if you Google “evidence sugar cancer,” you’ll find plenty of authorities claiming there is no evidence that sugar intake contributes to cancer growth, and plenty of actual studies suggesting that it does. Again, the claim of “no evidence” simply means the authority making the claim hasn’t seen enough evidence yet.

You have to decide for yourself whether the evidence is sufficient to justify the radical step of reducing the amount of sugar you eat.

In all medical matters you have to take control, do your own research, suggest things to your doctors, ask lots of questions, and judge for yourself how much evidence is sufficient to try a treatment or adjunct therapy.

Would Your Doctor Use an Unproven Treatment?

Imagine scientists have tested a $10 cancer treatment on several animal species and found that in every case it killed all tumors with zero side effects… but no human trials have been done. By the standards of “experts” like the Memorial Sloan Kettering Cancer Center there would be no evidence of effectiveness in humans.

Think about that: Every animal tested cured of cancer for $10 with no side effects? Now, if your doctor had cancer, don’t you think she might try this “unproven” treatment?

Who wouldn’t try it?

But even if a doctor might try something herself, she won’t necessarily tell you about it. Why? That’s something worth understanding. It has to do with fear, liability, and a strangely-twisted concept called “standard of care.” I may cover it in my next post. Meanwhile…

**This post first appeared in Medium on August 5, 2018. It is reprinted here with the permission of Steve Gillman.