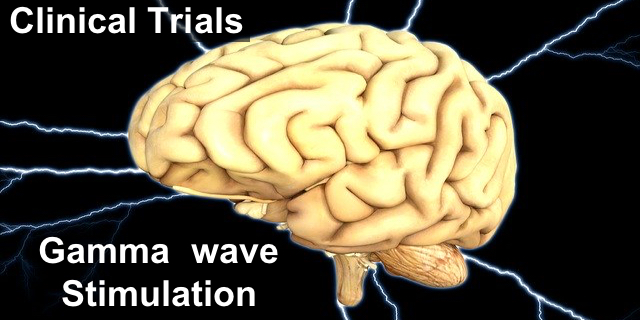 Today patients with mild Alzheimer’s Disease are being recruited for at least two clinical trials based on an interesting observation made by a graduate student at MIT. Hannah Iaccarino wondered if you could restore the brain’s gamma waves. One of the features of Alzheimer’s Disease is a loss of a type of brain wave called a gamma wave. To test this, Iaccarino, her mentor, Li-Huei Tsai and a team of MIT students and neuroscientists conducted studies on mice that are models for Alzheimer’s.

These mice develop the plaques – clusters of protein fragments called beta-amyloid around nerve cells – and tangles – twisted protein found inside dead and dying nerve cells – that humans with Alzheimer’s get. 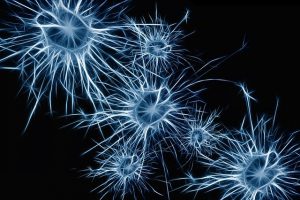 Neurons work by sending electrical pulses. When large groups of neurons are sending out synchronized signals, they produce brainwaves that can be detected. They are measured in Hertz (Hz) or cycles per second. There are different types of brain waves, slower waves, like alpha, theta and delta are associated with sleep and deep meditation. Gamma waves are very high frequency (30-100 Hz) waves that are associated with rapid information processing. It is possible, using pulsing light or sound, to stimulate the brain to create waves of the same frequency as the stimulus.

The researchers conducted an experiment. To stimulate the mice brains they exposed some of these mice to a light flashing at 40-Hz for an hour a day for one week; others didn’t get this treatment. What they found when they looked at the mice brains astonished them. 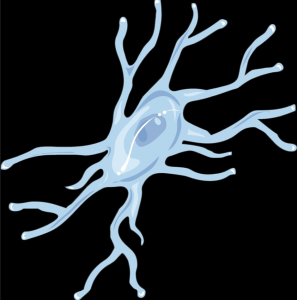 The mice that had been exposed to light flashing at 40 Hz had less beta-amyloid plaque and tau tangle accumulations than those who had not been exposed to flashing light. The visual cortex of the brains of the mice entrained or flickered at the same 40Hz as the light. Gamma waves had been restored. Microglia,the immune cells of the brain that act like macrophages and engulf waste had activated in these mice and had cleared away the damaging plaques and tangles. This change occurred only in the visual cortex of the mice.

In further research, the team added sound – clicks at 40 Hz for an hour per day – along with the light. The mice had a reduction of plaques and tangles not only in the visual and now auditory areas of the brain, but also in prefrontal and hippocampus which are the areas of the brain involved in memory and learning. And the mice performed better on cognitive tests than the untreated mice.

These results in mice have stimulated interest in testing this non-invasive strategy for Alzheimer’s Disease in humans. The clinical trial, ClinicalTrials.gov Identifier: NCT04055376, uses a non-invasive light and sound device, called the GENUS device (Genus is for gamma entrainment using sensory stimulus), created by the team at MIT. Another clinical trial similar to the first ClinicalTrials.gov Identifier: NCT04042922, led by Tsai, is also recruiting.