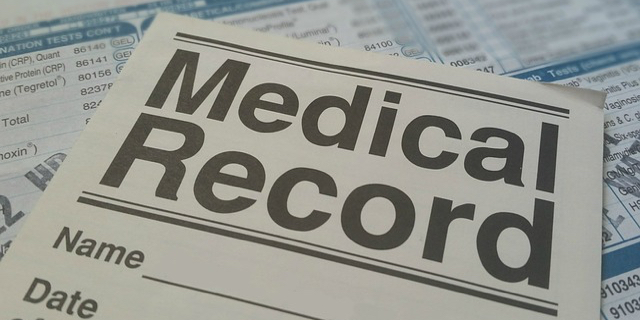 The US Federal Government has an Office of the National Coordinator of Health Information Technology and nine years ago, Regina Holliday provided testimony at a workshop – the Health Information Technology (HIT) Policy Committee Meaningful Use Workgroup. This testimony described the harrowing experience of a patient with kidney cancer, Holliday’s husband,Fred, and Regina trying to get care at hospitals in metro area of Washington, DC.

“Hospital #1 had a fully implemented an EMR system throughout. All data was kept in a computerized storage. I was told by staff that we could not access the electronic record. I was told it would be a 73 cent per page charge and a 21 day wait to get a paper copy of my husband’s medical record. We were left without any thorough understanding of my husband’s diagnosis or treatment plan even though he was continually hospitalized….

After fighting for transfer for five days, Fred was transferred to another hospital on April 22nd 2009. He was sent with an out of date and incomplete transfer summary and MAR. No cd’s or films were included in the transfer packet. Fred was denied care for six hours at the new facility as staff tried to cobble together a medical record using a phone and a fax machine. Nursing staff could provide no pain medication nor food while they tried to recreate the record. My husband was in pain and was very anxious, but there was very little I could do for him. I went to the local pizzeria to get him some food, but that was all I could do. The next day Fred’s new doctors sent me back to the original facility to get the ENTIRE medical record and CD’s and films. The old hospital printed out the record in 90 minutes. I brought the record back and showed it to the new doctors. They looked at it briefly and handed it back to me saying, “It is safest with you. Fred might be treated at many facilities, but if you keep this with you, you will always have access to the record.”

This experience has sent Regina, an artist on an advocacy journey. But there seems to still be much work to do.

In 2018, an article published in JAMA describes research conducted by Harlan Krumholz of Yale University and his colleagues. It is a secret shopper study of the 86 top ranked hospitals in the US (located in 29 states) using the US News and World Report Best Hospital National rankings 2016-2017.

The federal government recommends a flat fee of up to $6.50 for requests of electronically maintained records and there should not be per-page fees charged for records maintained electronically. Unfortunately this recommendation and dictate was not followed. Additionally, electronic medical records at some of these top-rated hospital cost as much as paper format.

The barriers to getting medical records can be high. As an example, authorization forms may not specify if they can release the entire form. Patients and caregivers have to contact by phone to learn if that is possible. This lack of transparency is apparent in the cost and timeliness of obtaining these records. Even though there are legal requirements under HIPPA to release electronic and paper versions of a medical record, some of the hospitals would not.

Patients have the right to obtain their medical records. Studies support that having medical records increases patients understanding of their health as well as improves their communication with their care team.

Image by vjohns1580 from Pixabay