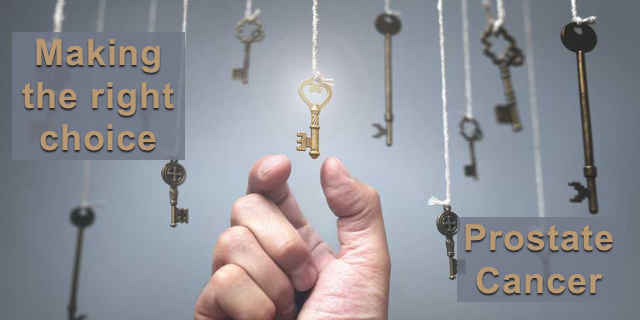 The prostate is a tiny gland in a crowded part of the body. It is situated right below the bladder, right next to the rectum, 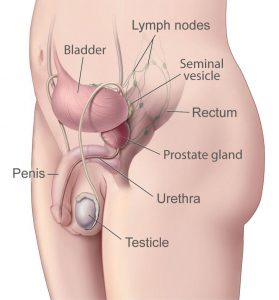 Image from the National Cancer Institute

near the blood and nerve supply for the penis.

Unfortunately, one in nine men will get cancer in this tiny gland. According to the UsToo International prostate cancer website, nearly 3 million men in the US are living with prostate cancer. Prostate cancer treatment depends on several factors. Men should find out first, what grade their cancer is. Grade 1 has the lowest risk and means that the cells of the cancer look similar to normal prostate tissue. A grade of 5 means that the cancer looks nothing like normal tissue. The pathologist looks for the two most common types of cells. So if you have most cells that are 1 and the next most common 3, your total Gleason score is 4 (1+3). The higher the score, the more aggressive your cancer is. Gleason score of 1 through 6 is a low risk score, 7 is intermediate risk, and a Gleason of 8 to 10 is a high risk cancer that is more likely to spread.

Physical features of the cancer

PSA density is a measure of the amount of PSA in a man’s blood compared to the size or volume of the prostate. If the PSA density is .15 or lower, the cancer is more likely to be less aggressive.

While doing a biopsy, the urologist usually takes 12 core samples from the prostate. If 3 or fewer are cancerous, this is a sign that your cancer is of lower risk.

Treatment also includes radiation therapy (either external beam or brachytherapy), radical prostatectomy, and androgen deprivation therapy (ADT). These treatments for prostate cancer can cause significant problems for men. Called “side effects” in medical jargon, these changes can include incontinence, erectile dysfunction (ED) and bowel disruption. Radiation therapy can cause bleeding of the bladder and rectum. Androgen depravation therapy (ADT) or chemical castration is often required in treatment, causing loss of libido and emotional changes including anger and depression.

The side effects have led to prostate cancer being referred to as a “couple’s disease.” One survivor said in an interview for the Prostate Cancer Foundation website, “Nobody talks about sexual rehabilitation. That’s the dirty secret after prostate cancer surgery.”

Research supports this survivor’s feelings. A study published in March 2017 measured quality of life using the Prostate Cancer Symptom Indices.  1114 men diagnosed between January 2011 and June 2013 participated in the study. Twenty-seven percent underwent active surveillance, 41 percent chose radical prostatectomy as their treatment, 22 percent chose external beam radiotherapy, and 10 percent brachytherapy (radiation seeds). Surveys were taken at baseline (before treatment began) and at 3  6, and 24 months after their treatment. The answers of those who chose active surveillance were compared to those who chose treatment.

In another study, researchers interviewed  19 men under 65 who had radical prostatectomy as their treatment. The side effect of sexual dysfunction impacted the men’s self-image and self esteem. The men felt that they had paid a price for survival. They also worried that death was just around the corner.  Another study found that patients on ADT experienced “significant declines” in quality of life and on intimate relationships when comparing baseline, 3 and 6 months on the treatment.

Before Treatment Discussions of Sexual Function and Rehabilitation

Though sexual relations are private and a difficult subject to discuss, it is essential to actively address this issue with your 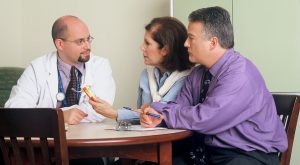 intimate partner and your physician. If your physician is not willing to communicate about all the changes that can possibly occur and how to deal with them, or does not have help in place for survivors and their partners, this is a red flag for you to seek a second opinion prior to treatment.

Finding help and support for both you and your partner is critical before and after treatment. US Too International is an organization that provides information as well as support. “Through our support groups, online support services, newsletters, educational materials and events, Us TOO will help transform resignation into determination and fear into Hope.”