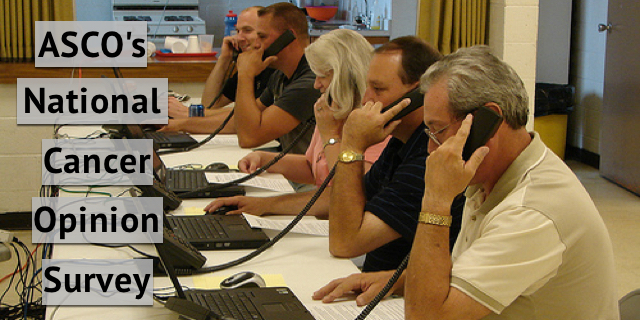 During July and early August of  2018, the Harris Poll in association with the American Society of Clinical Oncologists (ASCO’s) conducted a poll of 4,887 U.S. adults, 1001 of these have or had cancer. This second annual National Cancer Opinion Survey explored a wide range of topics. The findings clearly describe disparities in the care patients with cancer receive.

A case in point, 26% of those who have or have had cancer said that there weren’t doctors specializing in cancer care in their area. For people in rural areas the situation was worse, 40% said there weren’t oncologists in their area (in non rural areas, the number was 22%). Almost one-quarter (23%) experienced the burden of travel (“had to travel too far”) to get the care they needed.

Anxiety over the cost of cancer impacted almost 70% of those who have or had cancer. In fact, the financial strain of treatment caused 20% to take actions detrimental to their treatment. These actions included delaying scans (7%), skipping appointments (7%) and cutting pills in half (6%).

A recent study in the Journal of the National Cancer Institutes compared people diagnosed with Stages II and III breast, colon cancer and lung cancer who had chosen alternative medicines only for treatment to people who chose standard medical treatment. The study found that those choosing alternative medicine increased their risk of dying. They had “significantly worse survival.” Yet, one of the more surprising and disconcerting findings of this ASCO cancer opinion survey is that almost 4 in 10 Americans believe that alternative medicine cures cancer. Among younger Americans (18-37 years old), 47% believe alternative medicine alone can cure cancer.

There is much more to learn from the findings of this opinion survey. We are sharing an infographic created by ASCO and Harris Polling below.