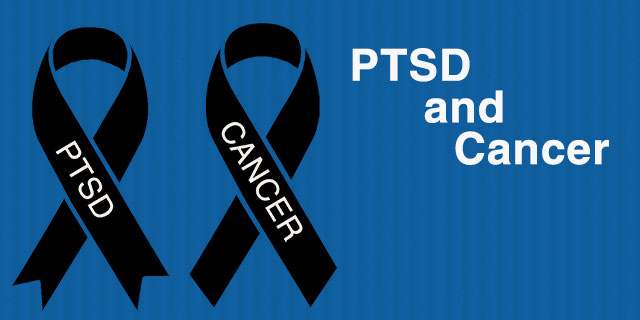 “I think all too often we underestimate the impact of a cancer diagnosis on the mental health and well-being of the individual, thus it goes unaddressed.” ~Stephanie Zimmerman, MSN

Receiving a diagnosis of cancer can bring on feelings of worry, fear, dread, anger, uncertainty and loss. 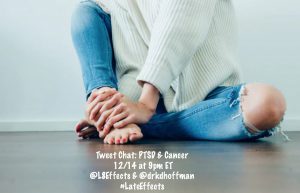 Research indicates that, for some people, these symptoms of anxiety might actually be post-traumatic stress disorder or PTSD.

PTSD is a response to witnessing or experiencing a traumatic, life threatening event, like combat or an auto accident.  But more and more research indicates that a cancer diagnosis can cause PTSD, not only in patients but in the case of childhood cancer, caregivers like parents of those who have had childhood cancer.  PTSD symptoms can include: nightmares, frightening thoughts, persistent feelings of fear, avoidance behaviors and flashbacks.

Research on PTSD and Cancer 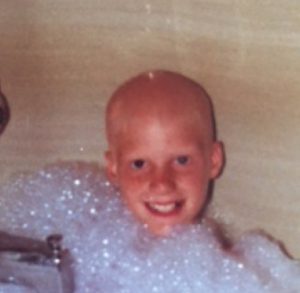 This is a self-administered checklist. You indicate the degree to which you have been bothered by the symptom.

“Instruction to patient: Below is a list of problems and complaints that veterans sometimes have in response to stressful life experiences. Please read each one carefully, put an “X” in the box to indicate how much you have been bothered by that problem in the last month.” 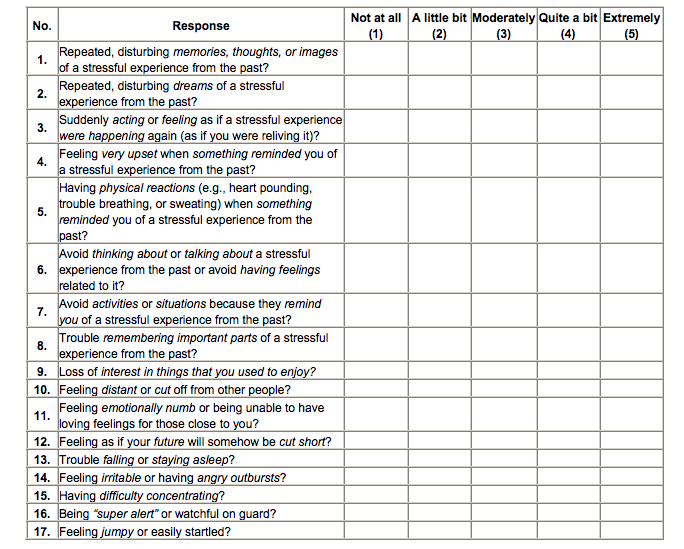 This Thursday December 14, Stephanie Zimmerman @L8Effects and I @drkdhoffman will be hosts to a tweet chat on Twitter at 9 pm.  To participate in the chat, you must have a Twitter account.  Go to http://tweetchat.com/ and enter the hashtag #LateEffects.  We’ll see you in our chat room at 9pm ET 8pm CT or 6pm PT.