BRCA Genetic Screening For All Women: What Do You Think?
SIGN IN

Navigation Menu
Home » Blog » BRCA Genetic Screening For All Women: What Do You Think?

BRCA Genetic Screening For All Women: What Do You Think? 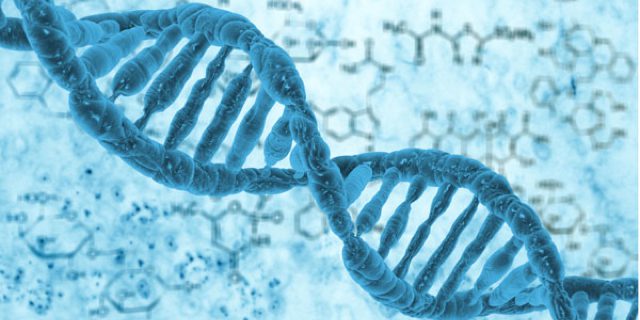 “Based on our 20 years’ experience working with families with cancer-predisposing mutations in BRCA1 and BRCA2, it is time to offer genetic screening of these genes to every woman, at about age 30, in the course of routine medical care.”

A recommendation to screen all women, around age 30, for BRCA1 and BRCA2 mutations?

“many women with mutations in these genes are identified as carriers only after their first cancer diagnosis because their family history of cancer was not sufficient to suggest genetic testing. To identify a woman as a carrier only after she develops cancer is a failure of cancer prevention.”

Mary Claire King made these stunning recommendations. The world is paying attention because of her work discovering the BRCA1 mutation and its link to breast cancer. On Monday, she received the Lasker-Koshland prize

In her JAMA article she says that between 250,000 and 415,000 adult women are highly likely to get breast and or ovarian cancer because they are carriers of the BRCA1 and BRCA2 mutations. (<=Click to Tweet) For her, prevention is essential.

The Power of Patients’ Stories

At Stanford’s MedicineX this past weekend,  patients told their stories at the prestigious Stanford Medical School.  Among the speakers were Laurie Becklund a woman living with metastatic breast cancer and Andrea Downing, who is a “pre-vivor” having tested positive for BRCA mutations.  After hearing their stories, this recommendation becomes even more compelling. At age 48, mammography caught Laurie’s breast cancer early. She did all the therapies, believed the “early detection for a cure” slogan and received the all clear after 5 years. Thirteen years later, she received a call from her doctor saying that she had metastatic breast cancer in the lungs, liver, bone and brain. Her message is that there needs to be a change.

Of fundamental importance, she believes the breast cancer awareness campaign that has been part of the landscape– “early detection for a cure” –is not enough.  One third of women who have the diagnosis of breast cancer, even if it is caught early, will die of metastatic breast cancer. [The video of her presentation has yet to be posted on YouTube]

Genetic testing revealed that her mother had the BRCA mutation and at age 25, Andrea went for testing. Learning she had inherited the mutation, Andrea went for MRIs or mammograms every 6 months,  to find out if she had it yet. Only upon finding a group of other previvors did she learn that these tests might not detect the cancer in her dense tissue. She realized that she had started living a life of expectation…when would she get breast cancer?  She did not have an answer to that question but found information and support through the Previvor Community to make the right decision for her about prophylactic bilateral mastectomy (PBM). [The video of her presentation has yet to be posted on YouTube] Recently Peggy Ornstein wrote an op-ed in the New York Times about CPM, contralateral prophylactic mastectomy. This is the removal of both the breast with cancer and the disease-free breast. According to a study in the Journal of the National Cancer Institute, having bilateral mastectomy, if the patient does not have BRCA+ breast cancer, provides very little survival benefits, less than 1 percent over 20 years. Yet the rate of CPM increased 188 percent between 1998 and 2005. Peggy noted,

“Mothers inevitably cite their children as motivation for radical treatment; self-sacrifice has, after all, long defined good motherhood. It seems almost primal to offer up a healthy breast…to fate, as a symbol of our willingness to give all we have to and for our families. It’s hard to imagine…someone with a basal cell carcinoma on one ear would needlessly remove the other one “just in case” or for the sake of “symmetry.”

Needless to say, Peggy’s observations and especially the title of the piece, “The Wrong Approach To Breast Cancer” riled many patients.  Were they right?

What Do You Think?

Removal of ovaries and breasts or increased monitoring with MRI and mammograms every 6 months are the options available to those who are BRCA +.  What are your thoughts?  Would you want to know if you are a carrier?  Do you think all women should be tested for BRCA at age 30?