Hospice: Important Considerations For End of Life Care
SIGN IN 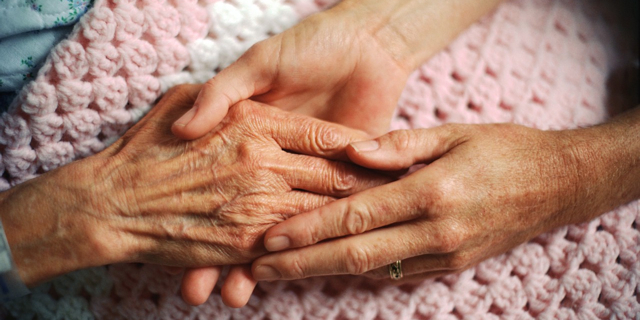 “A nation’s greatness is measured by how it treats its weakest members.” ~ Mahatma Ghandi

Two recent articles in the Washington Post provide a disturbing portrait of hospice care in the US.   Hospices that take payments from Medicare must be able to provide “crisis care” –continuous nursing care in the home or inpatient care in the hospital. According to the Post investigative journalists, 1 in 6 hospices did not provide this level of care to their Medicare patients. The Post provides an interactive graphic which shows the numbers by state.

What is hospice?  Who is supposed to receive hospice care?

Hospice is care for people who are dying.  To receive hospice care, patients must be referred by their physician who states that death is expected to occur within 6 months. Once referred, the patient is in the care of a physician employed by hospice.

Hospice is focused on providing for the physical, psychological, social and spiritual needs of the dying person.  The team includes a doctor, nurse, social worker, counselor, chaplain, home health aide and trained volunteers.  The goal of hospice is to keep the person free from pain.

How did hospice come to be? A renaissance woman named Cicely Saunders started Hospice.  During World War II, she  saw great pain and suffering, inspiring her to become a nurse.  However, pain from a spinal deformity forced her to adjust her  plans and become a social worker.

In 1948, she befriended a dying man named David Tasma.  He left her a bequest  of 500 pounds, which would be the beginning of Hospice.  Cicely went to medical school in 1951 to improve her chances of bringing her dream to fruition.

By the time she graduated, Cicely’s expertise included nursing care, psychology and social work, and medicine.  In 1958 she wrote her first article suggesting a new approach to the end of life care:  engaging physicians in caring for dying patients as part of a team that would provide solace at the end of life.

With her goal squarely in her sights, Cicely started research and, in 1959, wrote 6 articles on new pain management strategies for dying patients.  These articles argued that constant pain requires constant control.  This one step–intervening in the pain cycle to reduce anxiety, and in so doing, reducing pain–was revolutionary.

By 1961 Cecile was able to start St. Christopher’s charity, with the first patient entering in 1967. Meanwhile, Cicely travelled to the US to Yale as visiting faculty for a semester.  Her tenure started Florence Wald, Dean of Nursing at Yale, on the journey toward starting  Hospice in the US.  By 1974, Wald founded the Connecticut Hospice.

Why don’t more people use hospice?

To enter hospice, patients must have a terminal condition likely to cause death within six months.   While the decision technically rests with the individual patient and their physician, it can be affected if family members disagree.  Also, physicians are not required to make a referral.

A recent survey of hospices reveals that 78% have policies restricting access, especially for patients with complex needs.  The survey also revealed that more than 60% of them won’t accept patients on chemotherapy or radiation treatment.  This is because Medicare regulations state that patients must stop any “curative treatments”  before entering hospice.  But just what are “curative treatments?”  Chemotherapy is now used to shrink tumors just to reduce pain. Radiation therapy is used not only to heal the body but to help with nausea in some cancers.  The same holds true for transfusions.

On average, Medicare provides $140 per day per patient.   Patients with complicated needs are less likely to be accepted by hospice, especially smaller facilities, because of this low reimbursement.  Additionally, crisis care–that which requires continuous nursing or inpatient hospitalization–is not being provided by all hospices.  In fact, Washington Post reports that around 18% of of 2560 US hospices they reviewed did not provide any crisis care for their patients in 2012.  These hospices are outliers since crisis care is a common part of the patient experience when dying.