Powered by Hope Anything is Possible: Colorectal Cancer Awareness
SIGN IN

Powered by Hope, Anything is Possible: Colorectal Cancer Awareness 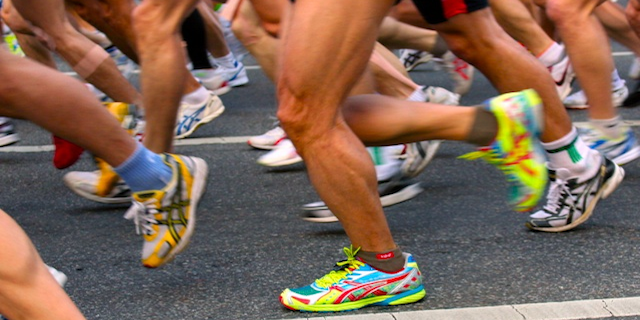 “I share my story and speak to save lives.”

“I thought I was fully awake, but I wasn’t.  I thought I was open to living…the reality is that even after diagnosis, I was not living fully awake. What I’m doing differently now is having this diagnosis, really putting it out there, and sharing life and what is going on.” In your mid-forties, would you take up your niece’s challenge to run one of the world’s major marathons?  In 2002, Teri Griege said, “If she can do it, I can do it.”
Teri says that she’s always been athletic, swimming competitively in high school, playing tennis, basketball, and field hockey.  So, she ran the Chicago Marathon.  By 2008, endurance athletics had become a passion.  She started competing in full Ironman triathlons.

“I’ve learned the value of each day.”

Swimming 2.4 miles, biking 112 miles and then running a marathon of 26.2 miles sounds exhausting.   That’s what a full Ironman triathlon means.  In that 2008 Louisville Ironman, Teri finished fifth in her age group.

Missing qualification for the World Championship Ironman (held in Kona, Hawaii) by only 5 minutes, Teri worked even harder to improve her time.   She finished the St. Louis Ironman in 2009, but she was ten minutes off her previous time.  Something was wrong.

Two weeks later she described some of her symptoms to a friend and physician.  He recommended a colonoscopy.  Unfortunately, he found that she has stage 4 colorectal cancer.
Stage 4 cancer means that cancer has spread to other organs of the body, in Teri’s case to her liver.  The 5-year survival rate for stage 4 colorectal cancer is less than six percent.

“Cancer is cancer.  It’s not pink, green or blue–I didn’t get the pretty kind.”

Teri has a disease people either don’t talk about or use “euphemisms” to describe. Perhaps the prohibition on “potty talk” advised by parenting gurus to explain to children that “that words like “pee” and “poop” should only be used in the bathroom  — not at the table, at school, or in public,” needs to be rethought.   “It is a silent disease,” Teri relates.  There is the “embarrassment factor.” “Somebody’s got to talk about this,” she says. “Somebody has to have the guts to stand up and say, ‘I had bleeding.'”

“I’ve learned the value of each day–and challenge you to make each day count,“ Teri says.  Throughout all the surgery, chemotherapy and radiation therapy, Teri continued training. In 2011, at age 50, she completed the world championship Ironman Triathlon in Hawaii.  Completing full Ironman triathlons takes an average of 12 hours 35 minutes.  Even with chemotherapy treatments every two weeks, Teri completed the IronMan in 14 hours, 50 minutes and 32 seconds—an amazing feat.  In February of this year, she completed the Tokyo Marathon, thus finishing all six of the World Marathon Majors:  Tokyo, Boston, London, Berlin, Chicago and New York.

How has she done this?  “I was diagnosed two weeks after the Ironman…in unbelievable shape.  My body is used to perseverance and I didn’t give up.  I’ve been fortunate.  I was in great physical condition when I was diagnosed and I have a supportive medical team that has kept me tuned up,” she relates.

Having achieved these goals, Teri is taking a deep breath and putting energy into raising awareness.  For example, she has a book coming out in April.  She blogs, tweets, and is speaking out about colorectal cancer.  She has a half Ironman in her sights.   “Just because you get a bad prognosis, diagnosis, it’s all in how you want to frame it…I’m not a number, I’m not a percentage.”

“You don’t realize that in a…snap of a finger, your whole life can be turned upside down.”

A Midwesterner born and bred, Teri worked for 20 years as a nurse and later in real estate.  Married for 27 years, she is mother to a college-age daughter and a son just graduated.  “I can’t think of anything more difficult to do that to tell your children that you’ve been diagnosed with cancer,” she said in an interview for the Today Show.  She lives the Twelve Steps, having over 20 years of continuous sobriety.

What are the symptoms of colorectal cancer? blood in stools and weight loss that is happening for no known reason are also symptoms.  Colorectal cancer is the second leading cause of cancer deaths for men and women in the US.
Teri overlooked her own symptoms because of her training- for example she thought that the blood in her stools was due to riding long distances.  She felt tired but assumed that was due to over training. Colorectal cancer is one of the few cancers that can actually be caught through screening and, in fact, precancerous polyps can be removed during colonoscopy.  “I know I can save lives.  My sisters went to get colonoscopy after I was diagnosed. “  One of her sisters was diagnosed with stage 3 colon cancer and the other had pre-cancerous polyps removed.

“People miss out on not giving of themselves.  The more you give the more you receive.  It’s a law of the universe in a way.”

Teri believes this and backs it up with her actions.

Based on phone interview with Teri Griege conducted March 13, 2014.

Below is a Today Show Interview conducted in 2013.

Visit NBCNews.com for breaking news, world news, and news about the economy