Twirling Naked in the Streets and No One Noticed 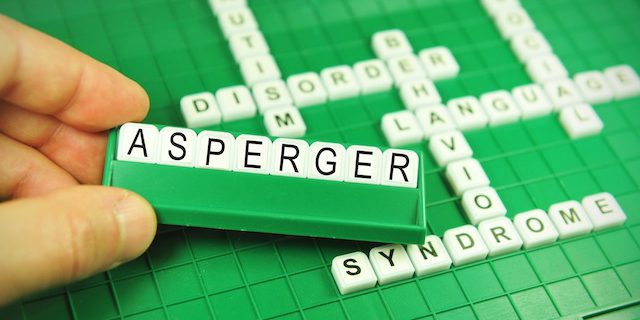 Jeannie’s husband turned to her and said “That is you!” pointing at the main character of the book The Girl with the Dragon Tattoo. That character, Lisbeth, has Asperger’s Syndrome.

“I didn’t think he knew what he was talking about at first,” she admits. But once she started to dig a little and go through all the neuropsychological testing, her doctor made the diagnosis. At 38, Jeannie Davide-Rivera found out she had Asperger’s Syndrome.

“I have been torn down, pulled to pieces, and have had my heart ripped from my chest slammed on the floor and stomped into the ground.

When the light bothered me, I was allergic to sunlight. When smells overwhelmed me, I had a sensitive stomach. When I only ate a few select items, I was picky. When I could not stray from my rigid routine, I was hard-headed….

The one thing my entire life’s experiences screamed, the one thing that was consistent, was that everything was my fault.” Streets and No One Noticed, a new book written by Jeannie that chronicles her childhood from the insight of this new diagnosis.

“It started as a journey of self-discovery, of looking back at my confusing childhood through new eyes—eyes that could explain what they saw. I decided to write the stories down to remember, and to connect the dots Then something hit me, there must be others out there, somewhere, like me; others who would like to know they were not alone.”

According to survey results by the National Institute of Child Health and Mental Development 1 in 500 people (0.2% of the general population of the US) have some form of Asperger’s Syndrome. Asperger’s is diagnosed in a ratio of 4 to 1, boys to girls.

Jeannie believes that the demands on children in the school setting are highlighting differences and making the symptoms of Asperger’s more obvious earlier. “When I started school, the earliest grade was Kindergarten,…and it was only a half day…basically if you could nap, you were in!”

“In the past we were the odd, weird, stupid, air-headed kids that were just not living up to our potential. We were lazy, absent-minded, disorganized, sloppy, klutzes.
I just wish that the past would have called us focused-geniuses, detailed-oriented, and driven.”

Girls, Jeannie believes, are less likely to be diagnosed because “girls tend to ‘blend in’ more than boys do.” If a girl is quiet, she is considered shy. Girls also tend to develop verbally earlier than many boys. Children with Asperger’s are missed because they may be very intelligent and may be seen as lazy or not applying themselves.

“There is a huge misconception that Asperger’s children are not social, do not want friends, or interact with others. This is NOT true, because we desire all of those things (but fail at them a lot).”

Don’t Let Other People Put Limitations On You

Jeannie has three sons with Asperger’s Syndrome as well. Intense advocacy for them in the public school setting is a focus of her life. The most difficult issues she faces is “Other people… getting other people to understand that your child is different and that one, it is OK that they are different, and two that they are not INTENTIONALLY different, or difficult…” Her efforts include educating educators that “You cannot will, train, or punish the Asperger’s out of my child (or out of me for that matter.)”

The Challenge of Working with Schools

Jeannie describes a response which is all too common from public schools that have poor funding (Jeannie lives in a state that is poorly funded). “I had an IEP [Individual Education Plan created for children with special needs] meeting to attend at my son’s school (who is diagnosed with Asperger’s) and was treated very rudely by the principal who simply dismissed my son’s difficulties…she flat out said, that he would never ever be successful if he needs help.” Many parents in the US turn to homeschooling as a way to protect their children.

There are numerous erroneous beliefs about Asperger’s Syndrome. “I hear things like, ‘I am so sorry or ‘But you are married and have kids,’ which drives me crazy. Yes—people with Asperger’s can grow up to get married, have children, have a job, and have a happy life!”

Through her book, blog and other writing Jeannie is eager to reassure and support. “If you or your child has Asperger’s, do not let other people put limitations on you. Don’t let others tell you what you can or cannot do—many [children with Asperger’s] can and will grow to be beautiful and independent adults, get married and have children of their own.”

Based on the Health Communications, Health Literacy and Social Sciences (#hchlitss) tweetchat with guest Jeannie Davide-Rivera