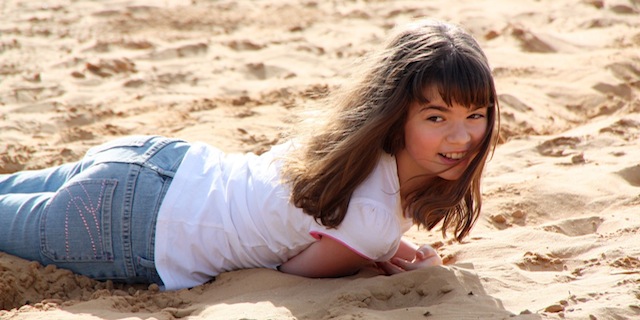 Roll Out Those Lazy, Hazy, Crazy Days of Summer

Researchers, especially epidemiologists, look for patterns. And they found patterns when they looked at the places where people are most likely to get cancer. They found that there is more cancer in people living in higher latitudes, that is, closer to the arctic. So they started thinking and figuring out this phenomenon.

After much thought and research they concluded that sunlight was a factor. People in northern hemispheres get less sunlight. While it is important to protect oneself against sun exposure to reduce skin cancer risk, they found a hidden effect of reduced sun exposure. The body produces less Vitamin D.

Or At Least Take Your Vitamin D Say Some Researchers

In fact, physicians have been seeing a resurgence of rickets, a disease caused by a deficiency in Vitamin D. in industrialized countries.
Concern over low levels of Vitamin D led the Institutes of Medicine (IOM) in 2010 to recommend tripling the amount of Vitamin D intake for both adults and children.

To clarify, in a 2012 systematic review of case control and cohort studies, researchers conclude that almost all epidemiological studies suggest that prolonged (not just occasional) sun exposure is associated with reduced risk of colon, breast, and prostate cancer as well as Non-Hodgkins lymphoma. They also found that Vitamin D levels are associated with reduced risk of colon and breast cancer.

With regard to heart disease, in a twin study conducted at Emory, those twins with lower Vitamin D levels showed lower coronary flow reserve, which is associated with higher cardiovascular disease risk.

Vitamin D may also be important for the elderly. In a small (only 21 participants) randomized double-blind placebo controlled study of elderly women (mean age 78) found that those taking vitamin D supplements had a 10% increase in the muscles.

And last week, researchers published findings in JAMA Neurology providing connections between Multiple Sclerosis (MS) and Vitamin D.  In a study comparing patients being treated with interferon over a 5-year study, they found that those with higher levels of Vitamin D had a slower rate of progression of MS.

However, there are some who are questioning if low levels of Vitamin D are impacting health or actually just a sign of poor health. In a meta-analysis of 290 prospect cohort studies and 172 randomized trials investigating inflammation and risk of disease and Vitamin D. Many of these studies showed that low levels of Vitamin D were associated with cardiovascular diseases, inflammation, impairment, and many other inflammatory processes. High Vitamin D was associated with lower risk of colorectal cancer. However in the intervention studies (34), where 2805 individuals took Vitamin D supplements, there was no effect on disease occurrence. These investigators concluded that low Vitamin D in the body is a marker of ill health. However, they did find “slight gains in survivorship” in elderly women who took Vitamin D.

So is this another question of who came first: the chicken or the egg?  The jury is still out. Follow your physicians advice as to whether to take supplemental Vitamin D.