I ♡ Xocolātl (The Benefits of Chocolate) - Medivizor
SIGN IN

Navigation Menu
Home » Blog » I ♡ Xocolātl (The Benefits of Chocolate)

I ♡ Xocolātl (The Benefits of Chocolate) 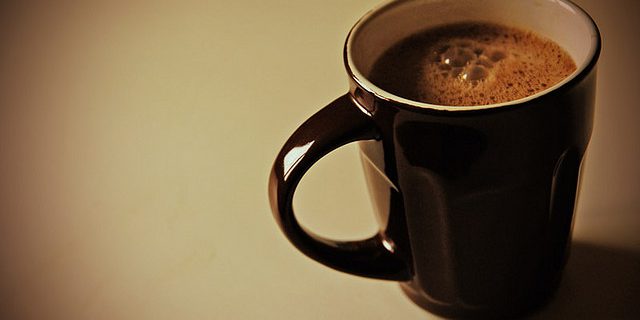 There’s a tree producing melon-like fruit that contains between 20 and 30 beans. Believe it or not, those beans become some of the most savored, delicious, creamy, decadent food known to man.

“All you need is love. But a little chocolate now and then doesn’t hurt.”
― Charles M. Schulz

The tree producing this heavenly goodness is the cacao and its beans are what makes chocolate taste so wonderful. The cacao tree is native to Mexico, Central America, and Northern South America. Linguistic evidence suggests that the Olmec, the people of the first major civilization of Mexico, were consuming from the cacao tree around 1400 BCE.  At that time it was the pulp of the fruit that was used to make a type of beer. Later the beans were harvested for yet another drink, a cold bitter frothy drink of roasted and ground cocoa beans mixed with vanilla, chili, maize and spices. It was the drink of Aztec royalty. One of the contemporaries of Cortez found that a man could consume just one cup of this drink and walk for a whole day, eating nothing more.

“Strength is the capacity to break a Hershey bar into four pieces with your bare hands – and then eat just one of the pieces.”
― Judith Viorst

Some Health Benefits of Chocolate

Relearning what the Aztecs knew about cacao began after observations of the indigenous Kuna living on the islands in the Panamanian Caribbean.  When their health was compared to those who had moved to Panama City, researchers were surprised. “I’m pretty sure that eating chocolate keeps wrinkles away because I have never seen a 10 year old with a Hershey bar and crows feet.”
― Amy Neftzger

A 2011 study compared the intake of chocolate among the participants of the National Heart, Lung and Blood Institute family heart study. When they compared consumers of chocolate to those who did not eat the stuff they found that eating chocolate is associated with reduced coronary heart disease.  Further evidence is found in a 2011 meta-analysis of 10 clinical trials found that interventions with dark chocolate significantly reduced LDL and total cholesterol.   Another meta-analysis of research demonstrated a decrease risk of cardiovascular events and all-cause mortality in those who were administered dark cocoa.

“The greatest tragedies were written by the Greeks and Shakespeare…neither knew chocolate.”― Sandra Boynton

It wasn’t until the 1800s (so after the Greeks and Shakespeare) that the product of the cacao bean looked like what we consume today.  The process of transforming cacao beans into chocolate involves a number of steps. After the beans are removed from the pods and piled in heaps for about a week,  they ferment and turn dark.  The beans are then dried, then cleaned, roasted and finally have the shell removed.  The result is cacao nibs. Grinding or milling the nibs turns the nibs into liquid called the chocolate liquor.

In 1828, a chemist found the way to remove half of the cacao butter in that liquor, and, after treating the result with salts, Dutch cocoa was born.

Dutch cocoa is the foundation of the modern chocolate bar…a masterpiece created by Joseph Fry in 1847 when he added back melted cacao butter.

“He showed the words “chocolate cake” to a group of Americans and recorded their word associations. “Guilt” was the top response. If that strikes you as unexceptional, consider the response of French eaters to the same prompt: “celebration.”
― Michael Pollan

There is no need for guilt when one learns what is in cocoa.  Food chemists have found that pure cocoa powder contains many vitamins and minerals, like iron and potassium as well as double Of course, it is important to remember to look for the fat and sugar content of a chocolate source. For example, drinking a hot cocoa will have less grams of fat than a candy bar.

“My therapist told me the way to achieve true inner peace is to finish what I start. So far today, I have finished 2 bags of M&M’s and a chocolate cake. I feel better already.”― Dave Barry

Interesting though is the idea of inner peace that Barry also mentions.  Psychoactive substances, like dopamine and serotonin, are also present in chocolate . These may act as mood elevators. According to a 2013 review, animal models suggest that the flavanols of chocolate can be involved in the creation of proteins that protect neurons and are even involved in creating and connecting neurons. These animal studies may also be showing improvements based on improved blood flow to the brain. However the review suggests that there is a significant need for studies in humans.

So,  who wants to volunteer for these research studies?

“There is nothing better than a friend, unless it is a friend with chocolate.”
― Linda Grayson